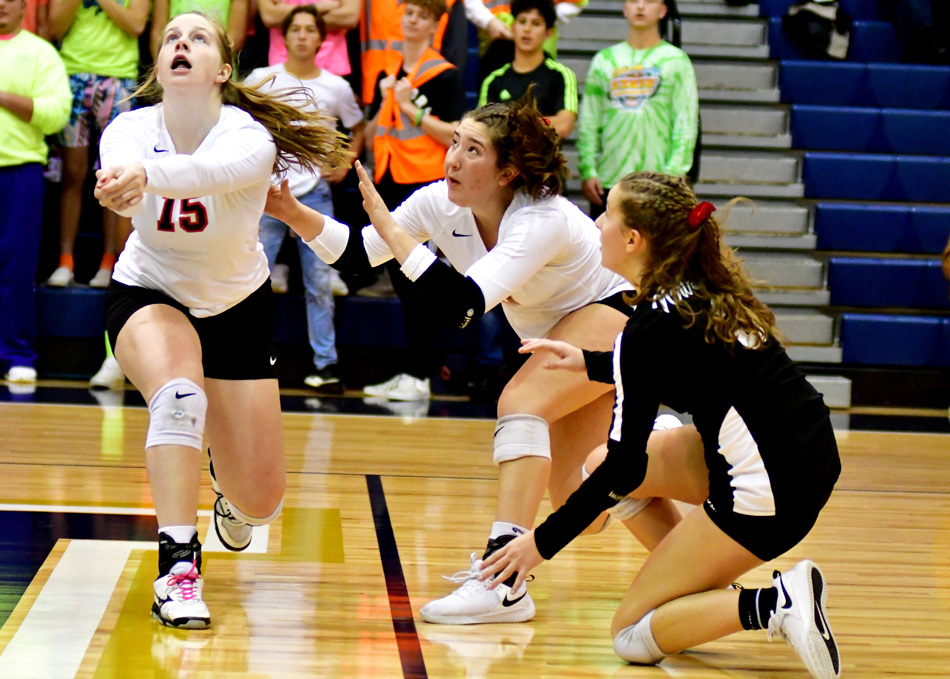 OSSIAN – There’s been a Malace at the Palace. There may have been Hassle at the Castle Saturday night. Regardless, NorthWood felt like it was punched in a gut after a crushing 3-2 loss to Bellmont in the Class 3-A Norwell Volleyball Regional.

The storybook ending was shaping up nicely for the Panthers, coming into the night off a hot 3-0 run of Northwestern in the morning while Bellmont was taken to the wire in a 3-2 nailbiter over Angola. Then, leading 2-0 and holding a lead in game three Saturday night, it felt all but academic for the Panthers to start semi-state plans. But the magic Bellmont found in its rally against the Hornets appeared again against the Panthers. 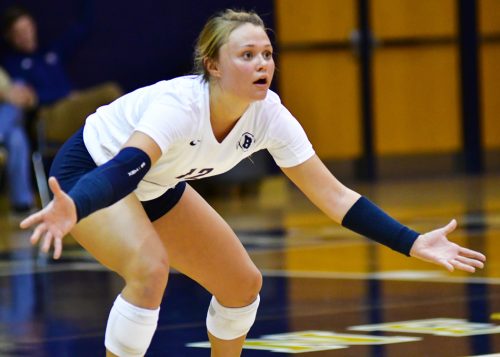 Bellmont senior libero Rachel McBride was the spark for Bellmont, pulling up 23 digs along with a big rallying cry in game three to start Bellmont’s rally.

After NorthWood collected a 25-20 win in game one and a more convincing 25-13 result in game two, Panther Pride was spreading from Uniondale to Ossian. But a Jason Heyward-style pow wow by Squaws senior Rachel McBride during the huddle before game three seemed to wake Bellmont.

A Sophie Krull block on Maddy Payne started the rally, the Squaws up 11-9. That sparked an 11-4 run as Bellmont would go on to grab game three 25-18.

“I’ve been around Rachel a lot and I’m sure the words coming out of her mouth were mostly inspirational because it’s her last chance,” said Bellmont head coach Craig Krull of McBride, a Belmont University commit who had a game-high 23 digs. “These seniors, she didn’t want to let it go. Rachel has done that in practice before. When we’re kind of down in practice, she will pull them together and get them going in the right direction. It’s fun to watch, they kind of feed off her. Where she goes, we go, and today, it was the right way.“

Payne would go off in game four, pounding four kills in the span of seven points to give the Red Slam a 17-16 lead. But as NorthWood worked into its substitution rotation, Payne would come out, and Bellmont took advantage. Without Payne crushing, the Squaws were able to cover Alea Minnich and Alana Lehman’s attempts with more control. A block and tip from Liz Scheumann had the Bellmont faithful on their feet, watching a stunned NorthWood side trying to collect itself after a 25-20 finish to game four.

“We couldn’t put the ball away,” said NorthWood head coach Hilary Laidig. “They did a great job. They are really scrappy, really athletic. They are a momentum team big time, and when it swings that other way, they were really successful.” 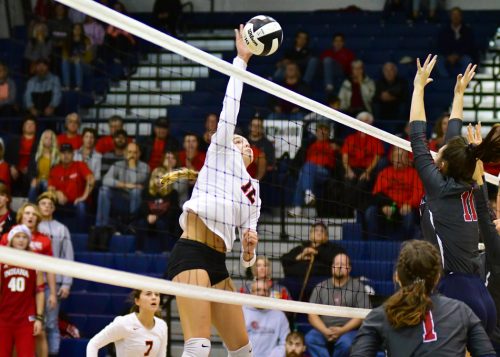 NorthWood’s Maddy Payne hammered down 24 kills to lead all scorers.

The sub pattern again burned NorthWood in the fifth game. After Payne drilled another three kills, she came out on the rotation with her team trailing 5-3. That would be the last Payne would be heard from in the tournament as Bellmont controlled the net, getting convincing kills from Krull and Scheumann as the clock struck midnight on NorthWood’s dream season in a 15-6 final score.

“It sucks,” quipped Laidig. “There’s not a lot of better words to describe it. You feel that. We let a couple calls change our momentum and it just sucks.”

Payne finished her night with a massive 24 kills and seven blocks in a memorable farewell performance. Mullet also saw her NorthWood career come to an end after sending up another 37 assists to go with seven kills, four blocks and an ace. Macy Lengacher and Kennedy Hochstetler both collected 20 digs.

“I said if we can get to 12 points in the fifth set before (Payne) can get back in the game, we are going to win,” Krull said. “Luckily she never came back in.”

Bellmont had Krull lead with 17 kills, Emilee Scheumann next with 12 kills and Liz Scheumann with 11 kills. Sarah Noonan sent up a whopping 47 assists to go with eight digs and the combo of Paige Busick and Emma McMahon had 25 total digs in a strong defensive showcase.

The Squaws (24-10), which has won its last three tournament games over Muncie Burris, Angola and NorthWood in five sets, will try its hand against New Prairie (29-7) in the semi-state, which beat West Lafayette 3-0 at the Hanover Central Regional. The matchup will either be at Plymouth or Frankfort, to be announced in the coming days by the IHSAA.

NorthWood’s story closes at 32-4, the win total a program record. 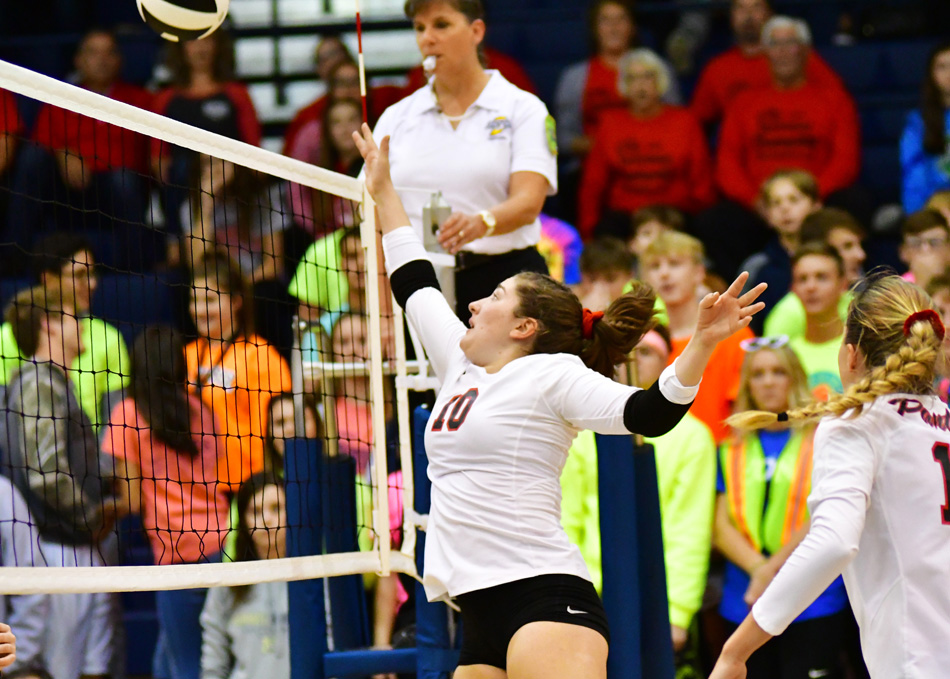 Caroline Mullet tips a ball over for NorthWood during the Norwell Volleyball Regional final against Bellmont.