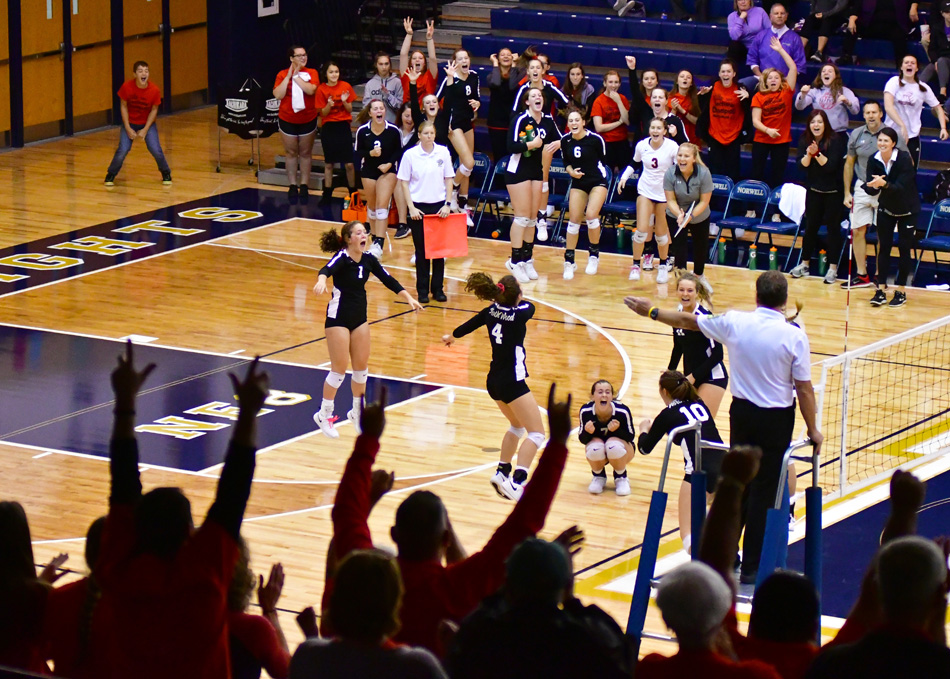 NorthWood celebrates its final point of a game two win against Northwestern Saturday morning at the Norwell Volleyball Regional. (Photos by Mike Deak)

OSSIAN – Body language can be a big thing in high school athletics, or just athletics in general. It was written all over the faces of both teams Saturday morning in the semi-finals of the Class 3-A Norwell Volleyball Regional.

Northwestern came out sluggish and lacking emotion while NorthWood was up to its old ways, and those moments of energy were prevalent in NorthWood’s 26-24, 25-16, 25-22 win over Northwestern. 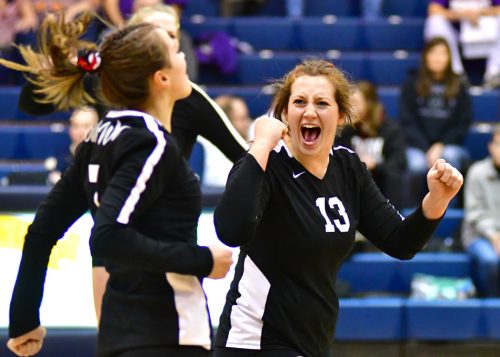 Kate Rulli celebrates with the crew after a NorthWood point.

Those moments showed up as NorthWood built a 20-14 lead in the first, fueled by a hammer from Maddy Payne and block from Alana Lehman. The Tigers would rattle off five straight, and after several point tradeoffs, Northwestern found itself up 24-23 after Alea Minnich sent her attempt out of bounds. Northwestern then hit wide, and after a Kate Rulli kill, the Panther block denied an equalizer to take game one.

The Red Slam never let Northwestern’s banger, Madison Layden, get going. Standing 6-1 and commanding attention at the net, the Purdue basketball commit didn’t take over. She barely got going. While she did finish with 12 kills, they were spread out without much venom. That’s exactly how NorthWood wanted it.

“All week we had coach (Audrey) Duncan wearing the purple shirt, trying to defend that,” laughed NorthWood head coach Hilary Laidig of simulating Madison Layden. “We were definitely aware of where she was at. We needed to make other players to beat our defense. We liked the defense we had out there and felt like we could cover what they threw at us.” 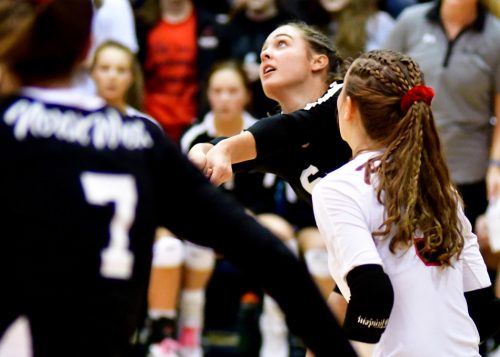 A trio of aces, two from Ali Knepp and one from Macy Lengacher, helped the Red Slam to an 18-13 lead in game two. Three kills down the stretch from Maddy Payne worked its way to a game two win, and all of the momentum in The Castle had aligned itself with the Red Slam.

Northwestern (32-3) would make one more run, scoring seven of eight points to take a 19-17 lead in game three, but as it had all day, good play on both the front and back lines moved NorthWood into the regional finals this evening at 7 p.m.

“All these girls want a chance to do it, and when it’s their turn, they are taking advantage,” Laidig said. “It’s been like that all year.”

“I just think the girls are waiting for the challenge of stepping up and digging the ball. This year we knew our defense was good, but we typically don’t see it as much because our offense has shown so much. Whoever we play tonight, they both have a lot of heavy hitters and will come at us. I think it’ll have to be our defense making a lot of awesome plays if we want to win this.” 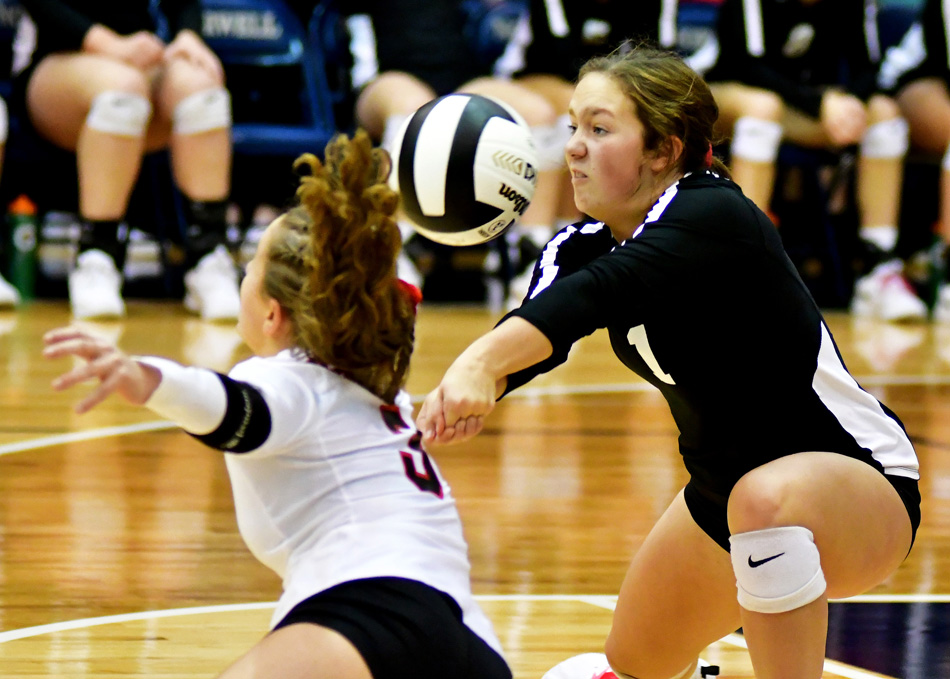 Macy Lengacher takes one for the team as Kendal Miller dives for a ball Saturday morning during the regional semi-finals against Northwestern.