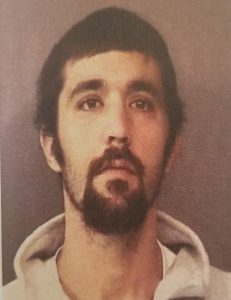 MILFORD — A Warsaw man was recently arrested after striking a pedestrian with a vehicle in April.

Nathan Scott Nibert, 33, 2041 Lynn Lane, Warsaw, is charged with causing serious bodily injury while operating a motor vehicle, a level 6 felony; and operating a vehicle with a controlled substance in the body, a class C misdemeanor.

At 1:38 p.m. Wednesday, April 10, officers with the Kosciusko County Sheriff’s Office were dispatched to North CR 300E, south of East Defreese Road, Milford, regarding a vehicle and pedestrian accident.

According to court documents, James R. Roder, Claypool, was walking with a friend southbound on CR 300E when Roder was struck by a 2006 Pontiac Grand Am driven by Nibert. Nibert told officers he went to answer his phone when he struck Nibert. He also told officers that he had smoked marijuana the night before the crash.

Roder was taken by Lutheran Air Ambulance to Fort Wayne with chest injuries.