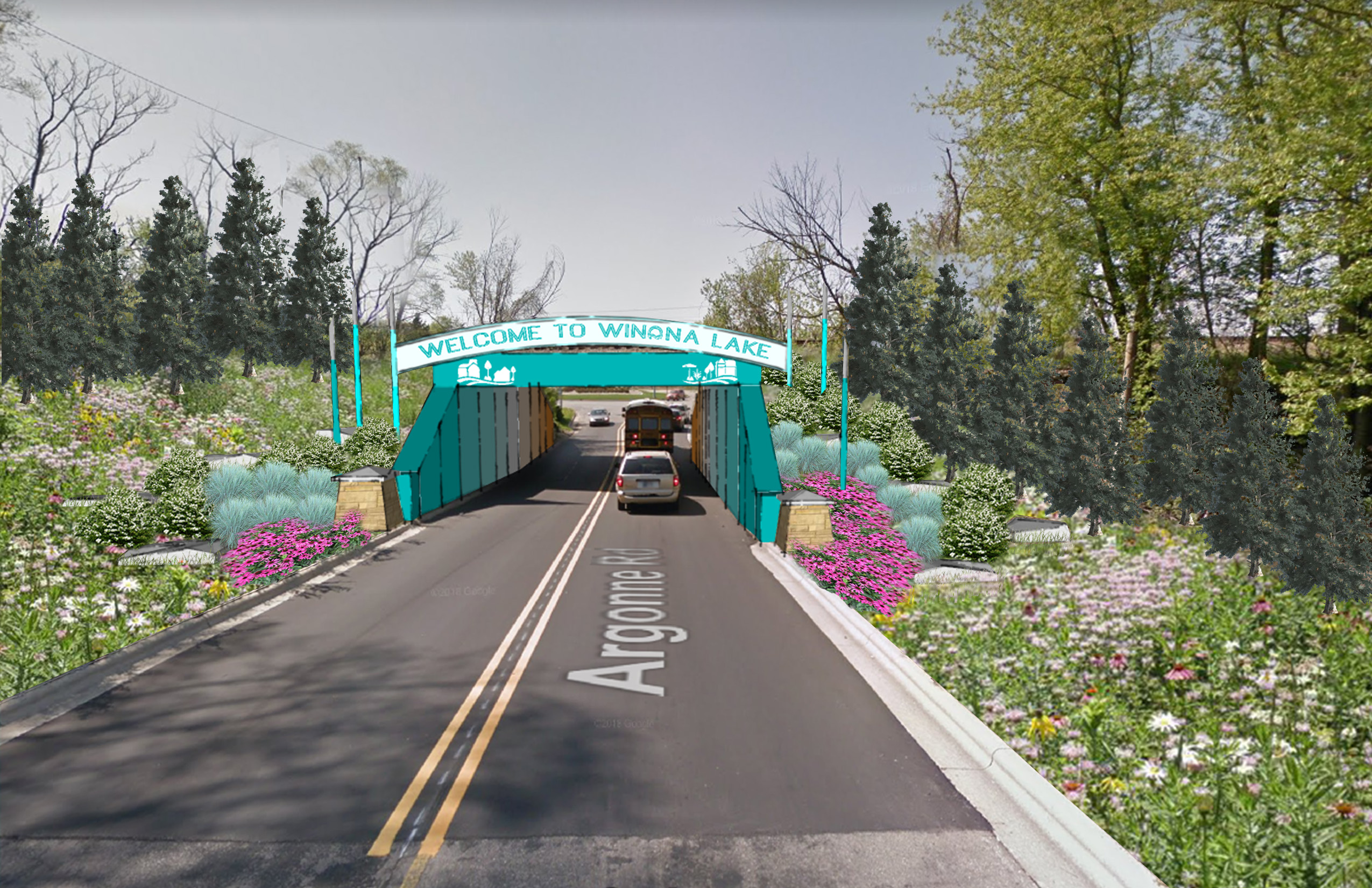 A preliminary rendering of the beautification plan for the Argonne Road viaduct just north of the proposed viaduct. The view is looking south. Artwork provided by Winona Lake.

WINONA LAKE — The town of Winona Lake revealed new renderings for the roundabout project involving the viaduct at the intersection of Winona Avenue, Argonne Road, King’s Highway and Park Avenue.

Scheduled for a 2022 start, construction of the roundabout is expected to be the most complicated project undertaken by the town of Winona Lake, according to Town Coordinator Craig Allebach.

The project is part of a long-term, comprehensive development plan to improve the town’s infrastructure and quality of life for its residents.

An artist rendering highlights an emphasis on beautification of the nearby viaduct on Argonne Road just north of where the roundabout will be constructed.

Though nothing is set in stone, the renderings show a more visually appealing entryway to Winona Lake from the Argonne Road viaduct.

“They’ll give the blessing for it,” Allebach said.

The beautification plan is a joint effort between the City of Warsaw and the Town of Winona Lake.

The first step in the beautification of the viaduct area will be the demolition of the old Collier’s building, set to happen in late summer or fall season prior to the start of construction on the roundabout.

The next step will be to add various plants and shrubbery to both sides of the viaduct, serving as a visually appealing threshold for those entering and exiting Winona Lake.

The plans for the roundabout itself remain unchanged. The teardrop-shaped roundabout will feature double-entry access from Winona Avenue and Argonne Road as well as a continuous right lane.

The unique design took into consideration current traffic patterns and the tight space the town has to work with.

Including beautification efforts, the project is expected to cost $1.9 million, said Allebach, with the roundabout construction costing $1 million.

According to Allebach, Winona Lake and the Village at Winona will be accessible from the viaduct area during construction. 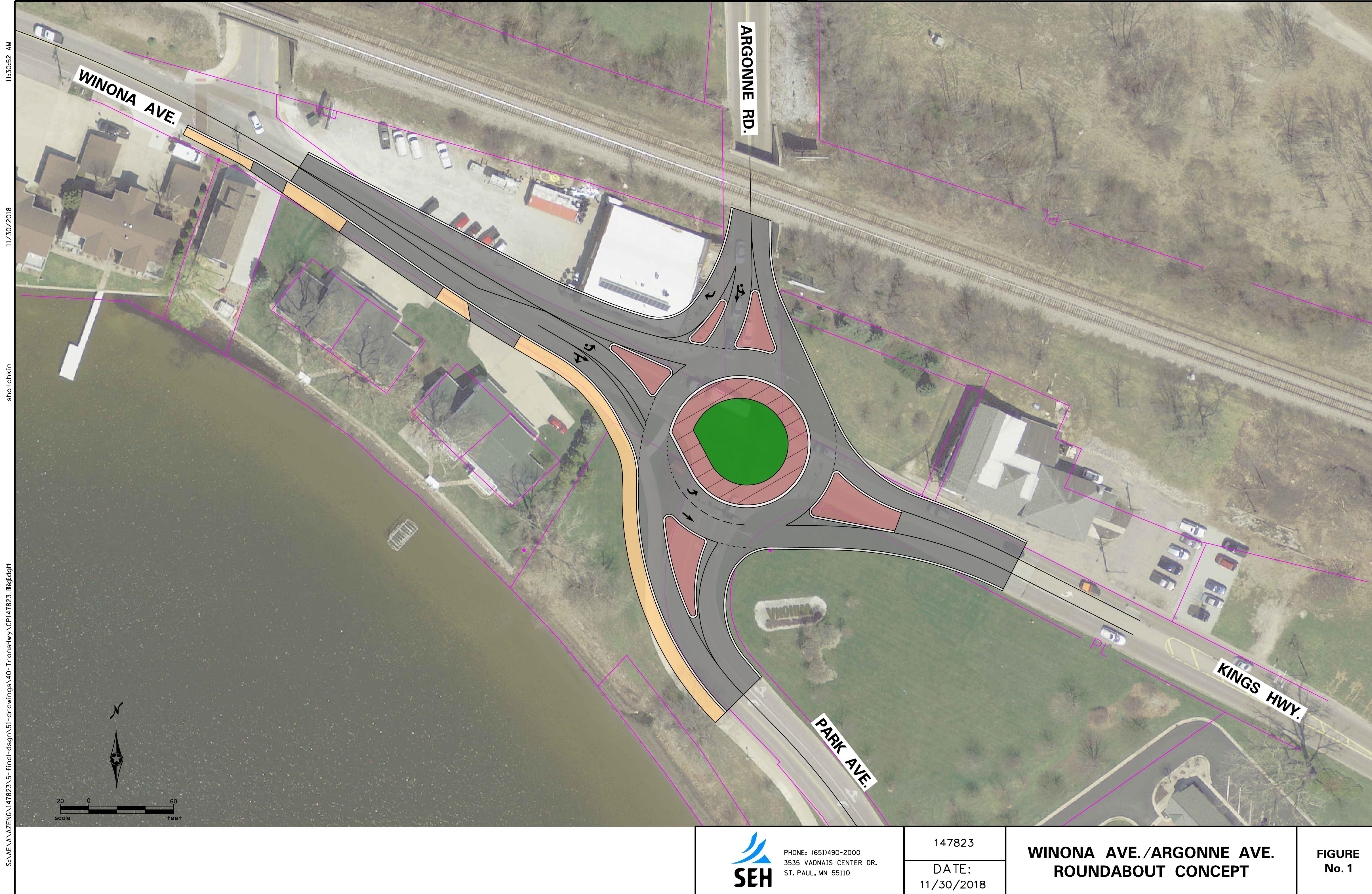 A rendering of the future roundabout design. Artwork provided by Winona Lake.