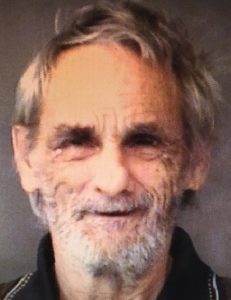 WARSAW — After a two-day jury trial and approximately an hour and a half of deliberation, David Edward Killian, North Webster, was found guilty of three counts of sexual misconduct with a minor.

The trial continued Wednesday, Sept. 25, with the state and defense resting their cases. The defense called no witnesses to the stand during the trial.

Killian was accused of having sex with a 14-year-old girl who eventually became pregnant. DNA tests announced in the trial indicated he was the father of the child.

“How must have [the victim] felt through all this?” said Voelz. “Did she think ‘this is extremely wrong, but if I tell anyone, it will break up our family?’ She has been forced to take on such a great responsibility. In his interview with Officer David May [North Webster Police Department], Killian confirmed that he called [the victim] names and admitted to being alone with her several times.”

“The DNA shows the unassailable conclusion that David Killian is the father of the child,” said Voelz.

Defense Attorney Adam Turner began his final argument by discussing the timeline of events and software that could have been considered for DNA analysis.

“No other biologically related males were given DNA tests,” said Turner. “We didn’t get an established timeline from the victim and she provided a different timeline of events during this trial than she did during her initial interview.”

The jury then went into deliberation after closing arguments. After about 90 minutes, the jury came back with a guilty verdict for three counts of sexual misconduct with a minor. One of the counts is classified as a level 4 felony, while the other two are classified as level 5 felonies.

For all three felony charges combined, Killian faces anywhere from four up to 24 years in prison. Under certain circumstances, executed time that is imposed for some felonies may be suspended by the court and the person can be placed on probation.

A date for Killian’s sentencing has yet to be established.