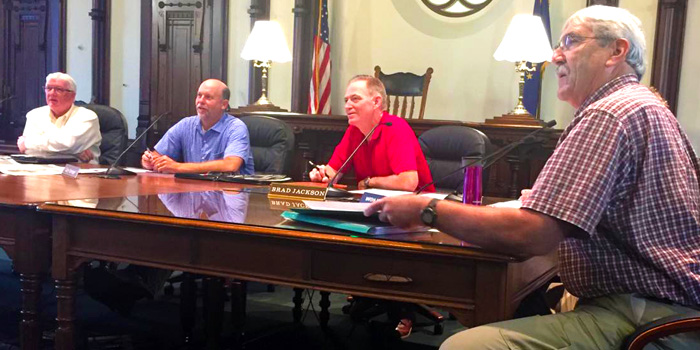 WARSAW — After hearing information from both sides of the Blue Barn Berry Farm matter at the Kosciusko County Commissioners meeting held Tuesday Sept. 17, commissioners eventually made a unanimous decision to table the issue and consider it again next month.

A petition was filed by Blue Barn Berry Farm, located at 9139 North CR 300E, Syracuse, requesting approval to rezone 8.16 acres from a Residential District to an Agricultural District. In 2014, a fruit and vegetable stand was allowed on the property as an exception in a residential district. Over the years, buildings have been added and the property is now being used to hold weddings and other events.

If approved by county commissioners, the expectation would be that the Blue Barn Berry Farm petition would then be presented to the Kosciusko County Board of Zoning Appeals with a request for an exception for recreational commercial activity.

Federoff said the property currently qualifies as a commercial operation and does not fit in with the area.

“This is a banquet hall,” said Federoff. “It’s a commercial, for-profit operation.”

Everyone enjoys weddings, Federoff acknowledged; however, weddings and receptions generally involve alcohol and music. Homeowners who reside across the lake may find the noise from these events disruptive, said Federoff.

He warned the commissioners they should be wary of the precedent they may be setting if they approve the rezoning request and said their decision will have a bearing on how long the process goes on.

Birch countered that the majority of the people who live nearby think the Blue Barn Berry Farm operation is “wonderful.”

“We have people who live right next to the remonstrators who have no problem at all,” said Birch, adding that the complaints are coming from a few disgruntled individuals.

He provided officials with seven signed letters of support from nearby homeowners.

One letter read, in part, “No one lives physically closer to Blue Barn than we do, aside from Don and Peggy Bucher. Blue Barn has never once had an event go past 10 p.m. and only host events on weekends.”

A letter from another resident described Blue Barn Berry Farm as “a great asset for the community.”

Commissioners agreed to table the issue until next month to give those involved an opportunity to work together to reach an agreement.

Commissioner Vice-President Brad Jackson strongly encouraged everyone involved to get together and work out an agreement amongst themselves.

In another matter, commissioners approved Kosciusko County Circuit Court Judge Michael Reed’s request to appoint Alan Alderfer as a member of the public defender board.

Reed also requested permission to apply for a $60,000 grant through the Justice Partners Addictions Response.

“We’re asking to use it for additional JCAP sessions at the jail,” Reed told commissioners. Reed said two new sessions are tentatively being planned for next year. Commissioners approved this request.

County Highway Supervisor Scott Tilden requested approval of an ordinance to establish a stop sign and yield sign at an intersection in Syracuse. Commissioners approved the request. The stop sign will be installed at the southwest corner of Elwood Street and Grandview Drive and a yield sign will be installed at the southeast corner of Grandview Drive and Trusdell Avenue. 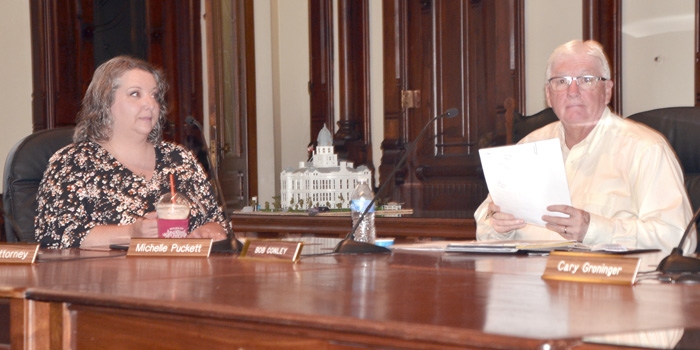