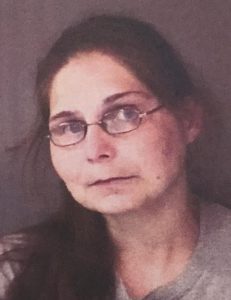 WARSAW — A Warsaw woman was recently arrested after allegedly battering a child in a residence containing drug paraphernalia.

Jessica Nicole Dye, 35, 3750 Lake City Highway No. 20, Warsaw, is charged with domestic battery to a person less than 14 years of age by a person at least 18 years of age and neglect of a dependent, both level 6 felonies.

On Aug. 12, an officer with the Warsaw Police Department responded to a report of domestic battery at a residence. Two women went to the residence to check on the welfare of people living there.

According to court documents, when the women arrived at the scene, Dye had a child pinned against the wall and was screaming at her. There was also drug paraphernalia at the residence. Another child was also present during the battery.

The officer spoke with the child, who said Dye wanted her to lie to Child Protective Services about a domestic battery incident that happened on Aug. 11. The child told Dye she wouldn’t lie to CPS. Dye became angry and began to chase the child, threatening to take her cellphone.

Dye has an initial hearing at 1 p.m. Sept. 12, in Kosciusko County Superior Court 3.