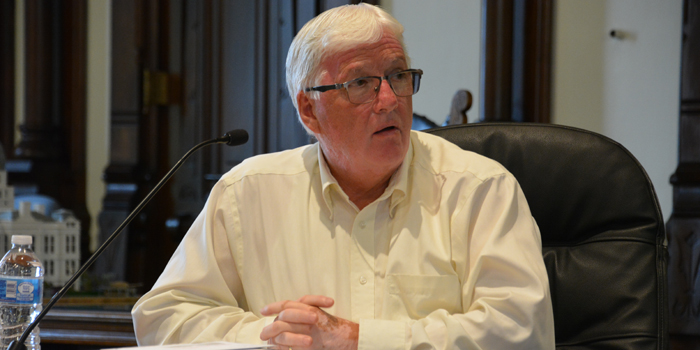 The Stop Arm Violation Enforcement, or SAVE, grant focuses on a coordinated effort to improve compliance with school bus stop arms. The program’s goal is to prevent violations by increasing patrols.

“It allows our officers to be out following school buses and operates in the mornings and afternoons when school buses are out and about,” said 1st Sgt. Chris McKeand, representing the Kosciusko County Sheriff’s Office.

Commissioners approved a request by KCSO to apply for the $8,000 grant.

“It sounds like a tremendous program and it’s much needed,” said Commissioner Bob Conley.

In other matters, Bob Weaver, Kosciusko County Health Department administrator, discussed two bids for replacing one of the department’s vehicles. After trade-in of the vehicle, Lakeside Chevrolet, Warsaw, placed a bid of $11,320.70. Kelley Chevrolet, Fort Wayne, presented a bid of $10,750 after trade-in. Both bids are for a 2020 Chevrolet Silverado. Commissioners approved the lower quote from Kelley Chevrolet.

During the meeting, commissioners also discussed potentially moving the access road at an industrial park in Syracuse to the west. This would involve moving an access road near Polywood Inc. A letter to CSX Transportation was presented to commissioners in regards to moving the road. The letter proposes either establishing a new crossing at the railroad near CR 1300N or closing two railroad crossings in exchange for a new one.

“I think one accessibility issue is with the overpass,” said Commissioner Vice-President Brad Jackson. “To get there, you basically have to go through town [Syracuse], do a lot of tight turns and it’s kind of a nightmare. The railroad crossing they do have people can’t go across with a semi. What we’re trying to do is move the access road to the west.”