WARSAW — A Warsaw man was arrested last week after being sought for months on drug-related charges that stem from multiple incidents dating back nearly a year. 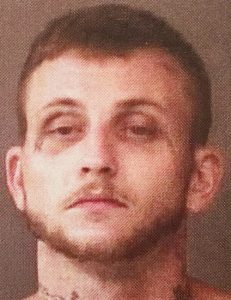 Several months later, on Feb. 23, 2019, police observed a green vehicle operating in Warsaw with only one headlight. The officer who made the traffic stop identified Holbrook as the driver and reported that Holbrook said he did not have a license. Central Dispatch reportedly told the officer Holbrook had never held a valid license and reported that Holbrook had an arrest warrant. While taking Holbrook into custody, police reported finding marijuana, a smoking device, methamphetamine and Hydrocodone in the vehicle.

Holbrook was again released and scheduled for a March 14 hearing. He was placed on the county’s most-wanted list in July and August before being booked Aug. 22 on the outstanding charges. Charges of felony failure to appear and resisting law enforcement were then added.

His most recent arrest carried with it a $30,750 surety and cash bond.