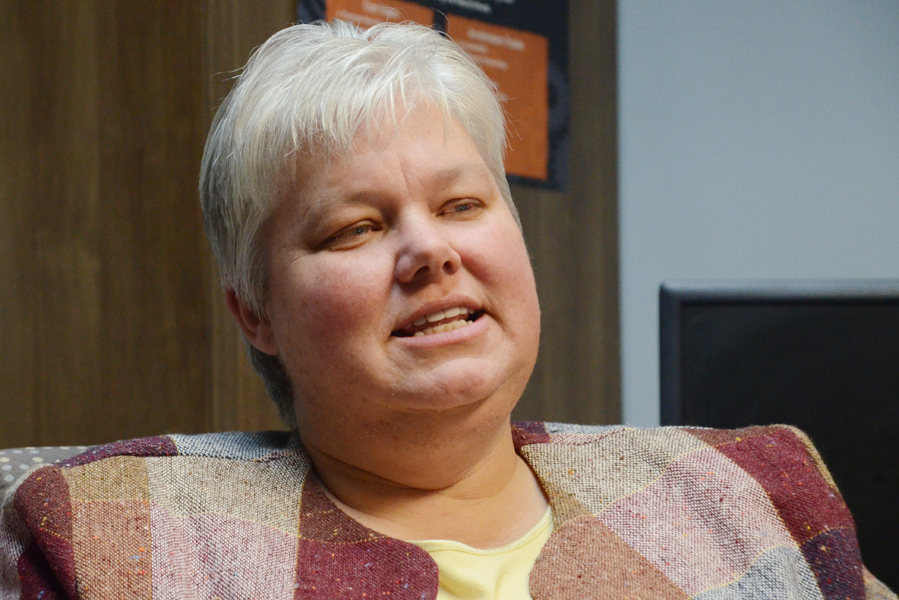 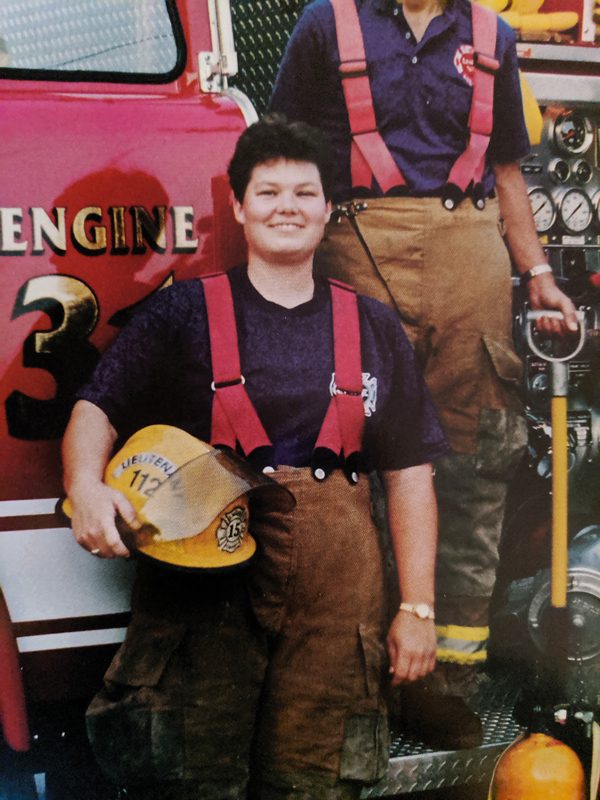 WARSAW — Shelly Wilfong’s career has been a study in stark contrasts.

As an expert in analytics, or the heavily left-brained study of statistics and trends, Wilfong is perpetually absorbed in the cold, exacting world of mathematics. However, for nearly two decades, she moonlighted as a volunteer firefighter, a hot, stifling career that requires the intestinal fortitude of a cavalryman and the flexibility and willingness to adapt and improvise more commonly found in folks with a lop-sided right brain hemisphere.

“I was a firefighter for about 19 years,” said Wilfong, the chief analytics officer with Warsaw Community Schools. She also worked at Goshen High School as a data specialist. Her career battling blazes began during her senior year in college when she studied in the evenings to become a certified firefighter.

Her service on the Elkhart Township department was marked by the highs and lows any firefighter can expect to endure over such a long period of service. When the job began to take its toll, she left firefighting as a captain.

“I started having back problems and I was getting more into administration (during her day job in education). “It was fun. I really enjoyed my time on the fire department. There are some good calls that turn out really well and there are others … it’s hard. It’s a tough profession because you can go to a horrific accident one call and the next call comes and it can take an emotional toll. At the same time, it’s exciting because you can help people who are in the worst situation.”

Wilfong also tallied six years as an emergency medical technician. Her background in emergency services made her a perfect consultant to WCS’ Dr. David Robertson, the district’s chief academic officer who also serves as its primary safety officer.

“Shelly’s background and experience as a first responder and trained emergency manager brings huge value to our district,” said Robertson. “She is able to work with building leaders to plan for the care, welfare, safety and security with a focus on systems and organization.”

“WCS is extremely blessed to have Shelly as part of our central office administrative team,” Hoffert said. “She is multi-talented in the realms of understanding school data and how teachers can best utilize that data to transform instructional practices. From the moment we interviewed Shelly, it was evident that her skill set goes far beyond data analysis. She brings an eclectic background of many life experiences. These experiences as a first responder and firefighter assist the school system through understanding safety and security from the police, firefighter and EMS perspectives. These skills provide a unique set of lenses to assist in proactive safety measures.”

Throughout her career in emergency services, Wilfong said she racked up her share of success stories and that the professions were anything but mundane.

“That was always rewarding,” she said of making a rescue. “There is a thrill going into a burning building, no doubt about it. You want to do all you can to save it (building). I was very fortunate, I didn’t have very many injuries. I broke my foot once and that was about it.”

In assisting with the district’s ongoing safety efforts, Wilfong said she thinks her time running through smoky rooms and installing IVs gives her an edge when it comes to developing safety plans.

“I can look at things from a different angle than what a pure educator can, or a police officer or firefighter, because I have both,” she said. “Each one has their own lens they look through.”

Wilfong’s trip south, from working in school systems in the northern part of the state to her current role with WCS was triggered by advice she received while serving in administration at Northridge High School.

“I wasn’t planning on moving and then one of my colleagues said to me ‘You know what? You’ve got to get to know the superintendent at Warsaw,’” she said. “He kept at it and said ‘No, you’ve got to meet David Robertson sometime.’ Then one day he came to me and said ‘They have a job posted that I think you’d be perfect for.’ I got an interview and after I met with the members of cabinet and Dr. Hoffert, I said ‘Yeah, I want this job. They’ve got something good going on here and I want to be a part of that.’”

In her third year at WCS, Wilfong still has a few mementoes of her days fighting fires that share shelf space with her tributes to the Indianapolis Colts. In her role, she looks at groups of numbers and advises faculty what those numbers are saying. And, she helps Robertson plan for the unspeakable.

“I am constantly trying to figure out how we can improve on what we’re doing,” she said.