WARSAW — Republican voters in three towns — Etna Green, Pierceton and Silver Lake — will cast votes tonight, Aug. 20, to pare down the number of candidates for the fall ballot.

Voting begins at 7 p.m. today in the first three towns. Voting in Etna Green will happen at the Heritage Park building. Pierceton will conduct its convention at the town hall. Silver Lake residents will cast votes at the Silver Lake Lion’s Club.

Republicans in Mentone will host their own convention on at 6 p.m. Wednesday, Aug. 21, at the Mentone Emergency Services Building. 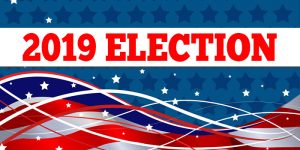 Registered Republicans in each town will have an opportunity to vote.

Each political party can have one clerk-treasurer candidate and up to three town council candidates on the fall ballot.

In Pierceton, Republicans will need to choose between three candidates for clerk, Jerry Kreger, Pamela Baker and Myra Mast.

The fall election is Nov. 5.