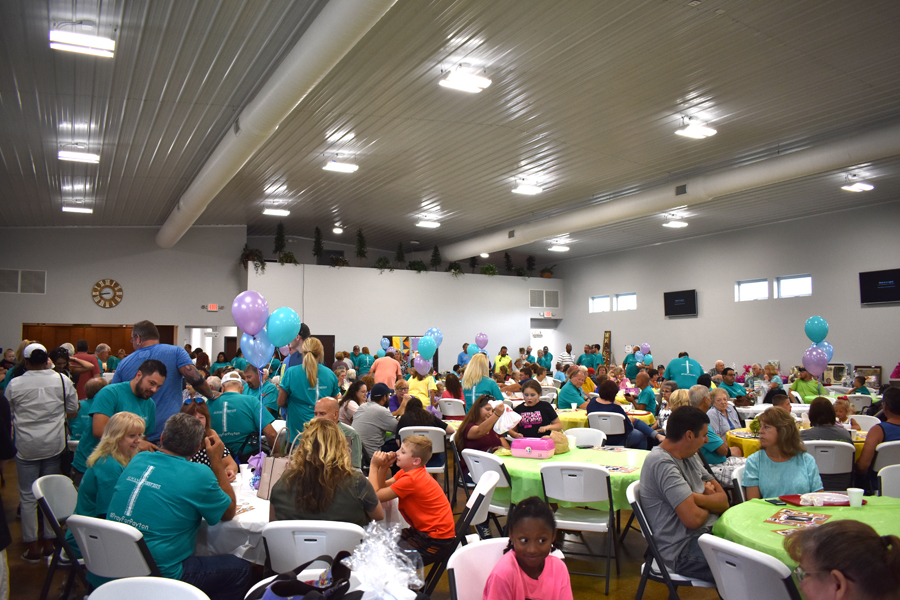 Attendance at the Pray For Payton Fundraiser held at Warsaw Family Worship Center, Aug. 10, was estimated at around 1,000 people. The event raised roughly $24,000 to help pay for medical expenses. (Photo by David Hazledine)

“It exceeded our expectations,” said Stafford. “To have so many from the community come here to love on our our family has been wonderful.” 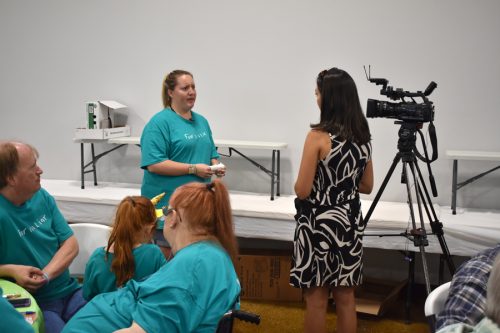 Though unable to attend, Payton and her parents, Kimberly and Andrew, addressed the crowd from the hospital via Skype. “We know we’re not alone,” Andrew stated while expressing the family’s gratitude to those praying for Payton. “The prayers are the most important thing you can give,” he said, “What we need money can’t buy.”

Payton herself was cheerful and commented on the many items lining the walls as part of the silent auction. “The prizes look cool,” she exclaimed. “Thanks for coming out and spending time with me and my family…well, not with me,” she laughingly added from Cincinnati. 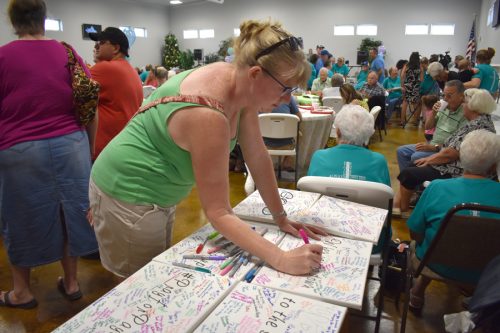 Amy Miller, a teacher at Warsaw Christian School, was one of those in attendance. (Photo by David Hazledine)

The crowd was also treated to a video of an earlier phone conversation Payton had with her namesake, famed NFL quarterback Peyton Manning. “I’m named after you,” she informed him.

“She sounds like a sweet gal,” Manning told Kimberly, who responded, “She’s stronger than her mom and dad.”

Payton’s younger sister, Avery, was with her extended family at Warsaw Family Worship Center. She spent much of the afternoon with other children playing in the bouncy castle and getting her face painted by Kirsty White and Ashley Bradley of Little Steps Daycare, which Payton also attends. 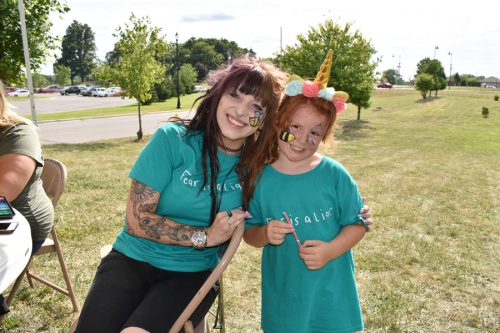 “We’re praying for her and love her to pieces,” said Bradley of Payton. “We miss her at the daycare, and her sassy attitude,” White added. 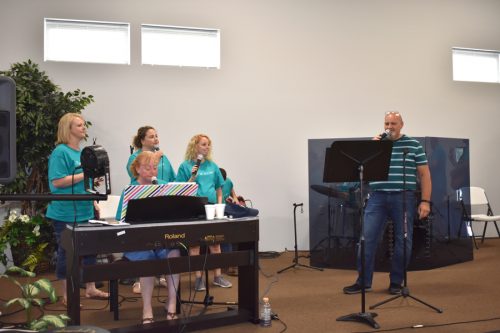 A group of Payton’s relatives ended the fundraiser with gospel singing. Andrew Slaymaker called them his “favorite gospel group.” (Photo by David Hazledine)

“She has touched so many hearts,” Rev. William Whitaker told the crowd. “God is showing his love through her.”

Stafford also expressed her gratitude for the prayers the family has received, some from as far away as Hawaii, Africa and New Zealand. “That’s how far her prayers are reaching … Prayer is what we are standing on.”

There are several options available for donations. For more information, go to Kaila Stafford’s Facebook page or www.giveinkind.com. Donations can also be made at MutualBank’s Payton’s Fund. 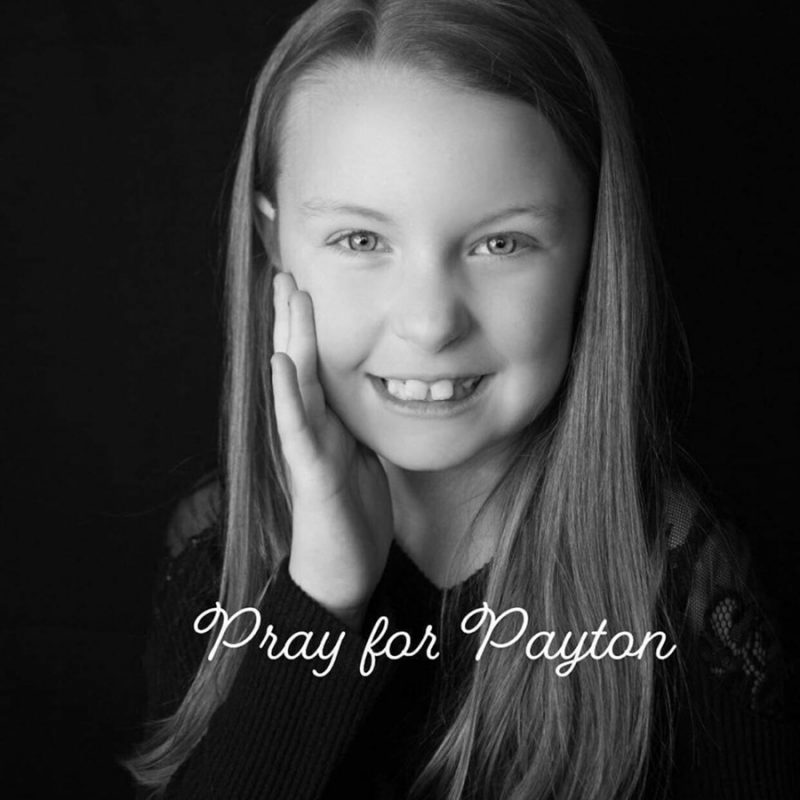