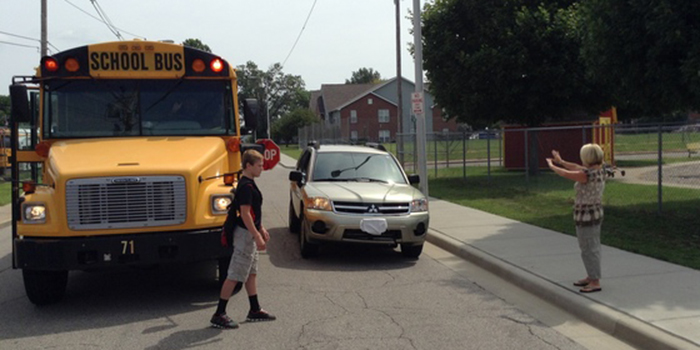 INDIANAPOLIS – Kosciusko, Fulton and Marshall counties are among 39 entities that will all receive grant money for increased traffic enforcement at school bus stops.

The Indiana Criminal Justice Institute is awarding approximately $380,000 to 39 agencies for overtime school bus stop enforcement over the next two months.

On the grant announcement from the governor, Winona Lake is listed, but it will serve multiple agencies in Kosciusko County.

Winona Lake Town Coordinator Craig Allebach, who wrote the grant request for the county, said officials will meet with local school transportation representatives this week to determine a specific strategy focusing on certain areas for enforcement before school begins next week.

The increased enforcement comes after three children who attended Mentone Elementary were killed and another seriously injured last year when a motorist allegedly drove past a school bus that had stopped to pick up children and had its stop arm deployed.

“Indiana police officers will be enforcing increased fines and penalties for drivers who recklessly pass bus stops and drive aggressively,” Gov. Holcomb said. “This is one of many steps that Indiana is taking to protect the safety of school children as classes resume.”

Gov. Holcomb signed a new school bus safety law that took effect July 1. State law requires a school bus to use flashing lights and extend its stop arm while loading and unloading students along a roadway. State law also requires drivers to stop while the arm is extended. On highways divided by a physical barrier or unimproved median, traffic traveling in the opposite direction as the school bus may proceed with due caution.