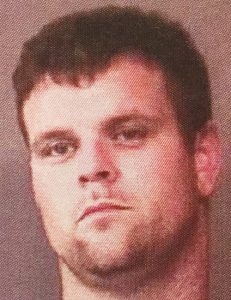 KOSCIUSKO — A local man was arrested after an officer made a traffic stop and found items used for dealing methamphetamine.

On July 9, an officer with the Indiana State Police saw a vehicle driven by Sherow and knew that Sherow’s driver’s license had been suspended. The officer pulled the vehicle over and had Sherow empty his pockets.

Several plastic bags used to package illegal drugs and a digital scale were also found in the vehicle. Sherow has two active criminal cases for dealing in methamphetamine and an active case for possession of methamphetamine.

He was booked in the Kosciusko County Jail on July 9, with a $10,250 surety and cash bond.