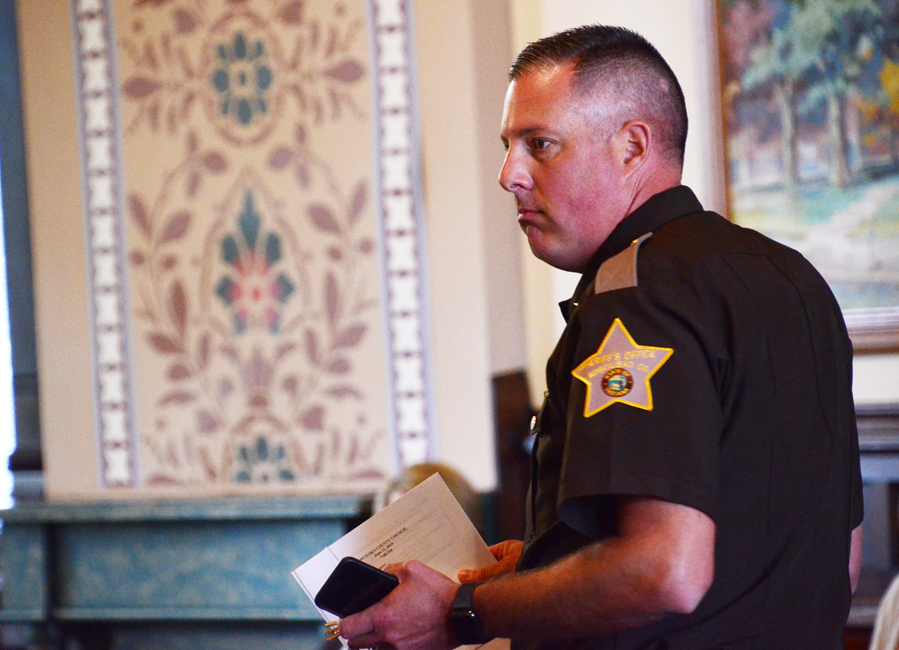 WARSAW — The monthly meeting of the Kosciusko County Council was a chance for the various non-profit beneficiaries in the county to pitch their programs prior to receiving county dollars to help their causes.

Several organizations, such as Kosciusko Community Senior Services and Home Health Care, touted collaboration as part of their programs’ success. 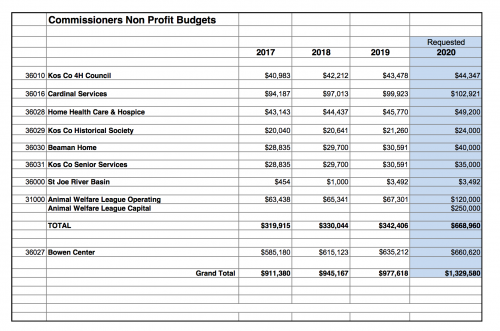 David Neff, executive director of the county’s senior services program, told the council that his organization works closely with Home Health Care. He added that his program’s mobile meals initiative delivered 21,000 meals in 2018, and told the council members that delivering those meals can often have an added benefit.

“It’s not just a meal, it’s a wellness check so we get eyes on the seniors every day,” Neff said, telling the council that in doing so, at least two lives were saved last year.

“We have people who come to the Senior Activity Center all the time, where that’s the only time they get out of the house,” said Neff.

Another issue Neff addressed is the loss of grocery outlets on the west side of Warsaw. This began when Marsh Supermarket at the corner of Detroit Street and Winona Avenue closed on May 21, 2017. Less than two years later, on March 21, the original Owen’s supermarket at the corner of Columbia and Market streets, closed its doors. The closing of both created a grocery store vacuum on the west side of Warsaw, with the larger Owen’s store on East Center Street being the closest place where shoppers can buy groceries. Retired Tigers, a housing complex catering to senior citizens, was one block from the so-call “old” Owen’s. Neff said his organization now offers rides to seniors in that part of town to the nearest grocery store.

“We can’t re-create the convenience of having a grocery store in walking distance, but we can take them to where at least they have a shopping opportunity,” he said.

Another partnership touted during the presentations was that of the Animal Welfare League and the Beaman Home.

According to Katey Zeman, AWL’s executive director, clients of the Beaman Home often come into need for that organization’s services because are not allowed at Beaman.

Zeman said her organization takes in those pets while the Beaman Home clients are residing in that facility. She added that AWL also accepts animals that are found during police operations such as drug arrests and other incidents.

Zeman also told the council that the new animal shelter is 80 percent complete and said an open house is planned in September with a tentative date of Oct. 1 for the facility to open doors to the public.

“We’re going to be able to double our capacity,” Zeman said of the new building.

In other business, Sheriff Kyle Dukes told the council that the creation of NET 43, a multi-agency police task force has created an uptick in Special Weapons And Tactics operations.

According to Dukes, operations are carefully vetted before SWAT is called. “The drug arrests have increased,” he said. “We have learned now that drug dealers carry guns. It all makes a situation where a SWAT callout is necessary.” Vetting involves what Dukes says is a grading system. “We grade each situation and we make sure the numbers warrant a SWAT callout,” he said.

In addition, Dukes said there has been a crackdown on defendants who don’t show up for their court dates. “We’re putting an emphasis on ‘we’re done with that,’” Dukes said.

Dukes updated the council on his ongoing efforts to control the county’s jail population and said the current census is 285 inmates.