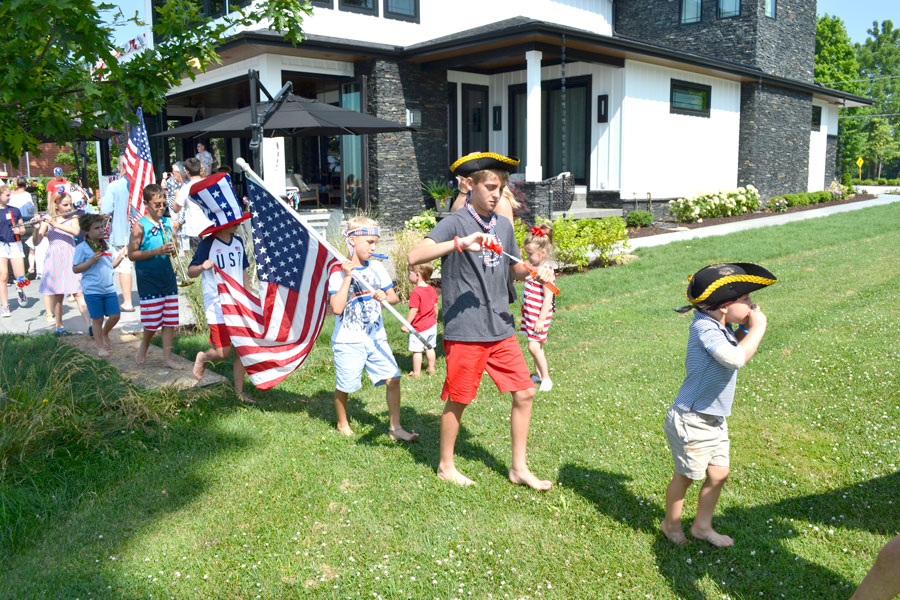 Graham Shellgren, 4, leads the parade back to Bob Fanning’s home following his grandfather and father.

SYRACUSE — A 4th of July kids parade along the north shore of Lake Wawasee was revived yesterday morning, July 4. Residents, family members and friends gathered at Bob Fanning’s home on Lake Wawasee to begin a parade down to the Needler home and back again.

Previously an annual event, it was originally run by Col. Jack Feighner and Master Sgt. Bill Beemer beginning in the mid 1980s and ending in the early 1990s. Jack’s son, John Feighner, had been pushing to bring back the tradition. After meeting with Bob Fanning and Rick Winter, the parade was able to fall into place.

Beginning at 11 a.m. kids gathered to begin the parade. Those wishing to participate were invited to bring tin pots and wooden spoons to bang on, snare drums, flutes or any other traditional Revolutionary War instrument. They were also encouraged to wear either festive, July 4th apparel or traditional Revolutionary War garb and soldier accessories.

Rick Winter and his son-in-law, Chris Shellgren, marched in front carrying a flag. Directly after Winter’s grandson, Graham Shellgren, 4, led the rest of the parade participants.

Approximately 60 to 70 people showed up to participate in the parade with many other residents waiting outside to cheer on the kids as they passed by. The kids who participated were also rewarded with a treat and juice box after returning to the Fanning residence. 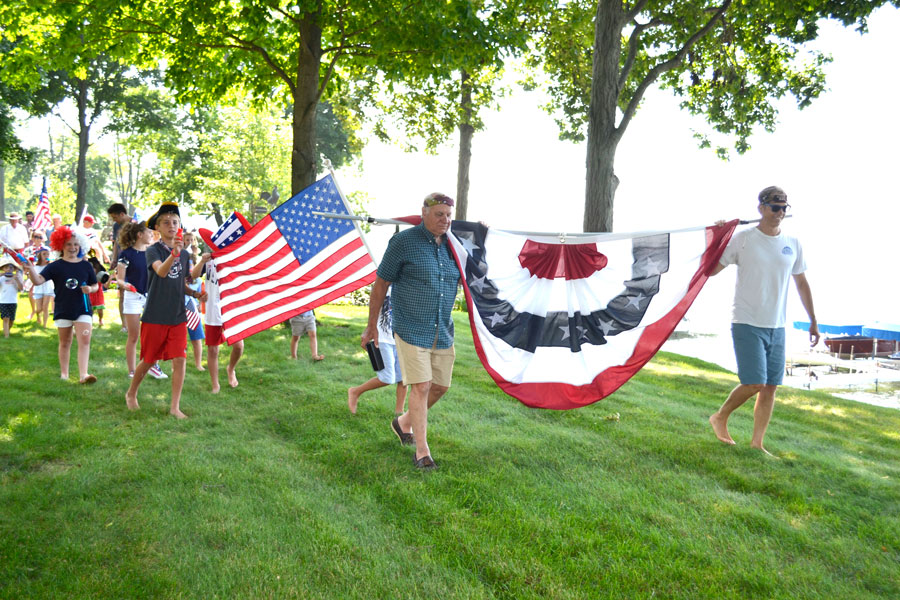 Rick Winter, left, and his son-in-law, Chris Shellgren lead the parade from the Fanning home with a flag. 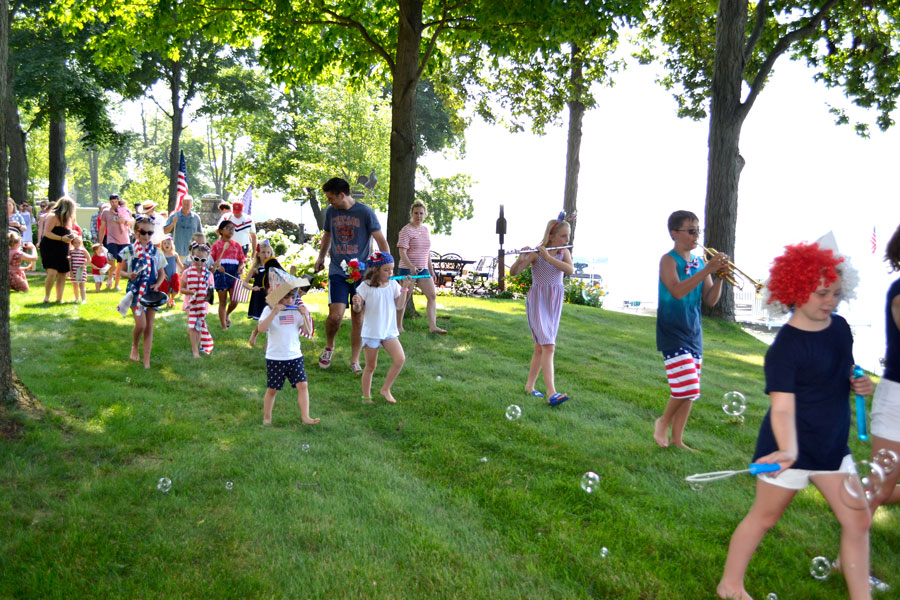 Around 60 or more participants set out in the parade playing a flute, trumpet, harmonica as well as banging on tin pans, blowing bubbles and carrying flags. 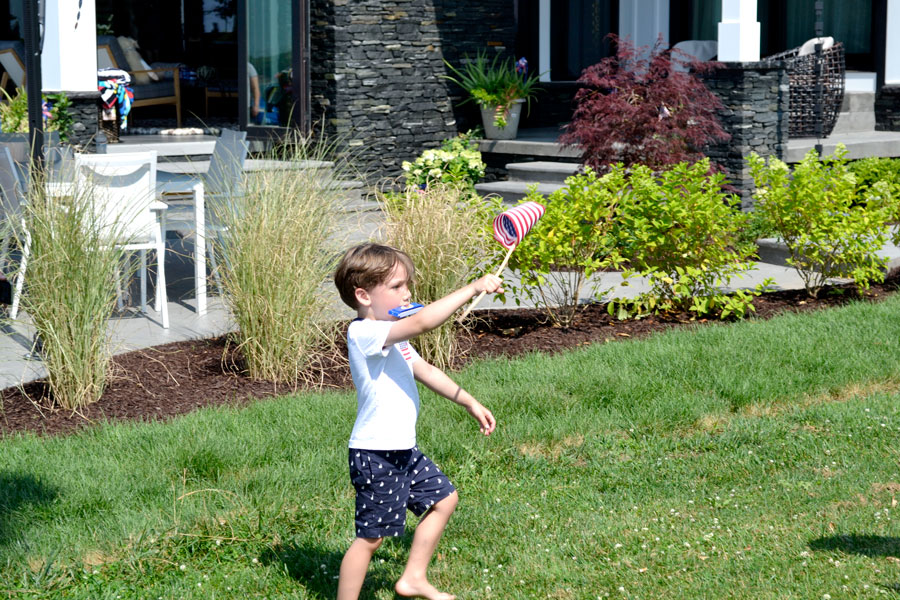 Finn O’Brien marches on with his harmonica and flag.