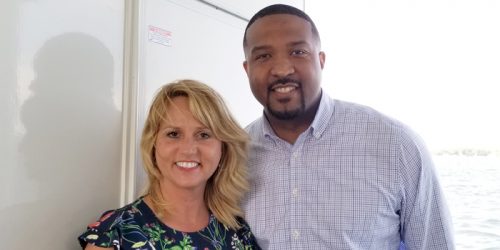 State Rep. Karlee Macer (left) and State Sen. Eddie Melton are both considering a run for governor and were in Syracuse Sunday.

Both made short stump speeches to the audience of about 80 people. While neither mentioned marijuana in their talks, they confirmed their support for some forms of legalized marijuana in separate interviews with InkFreeNews.

Macer was not as fully supportive of the topic as Melton.

“It’s time for Indiana to be serious about taking it seriously,” Macer said. “I  believe it’s a very important topic to Hoosiers.”

Numerous polls suggest support for medical marijuana and Macer said she thinks leaders are “neglecting the voices” of the people.

Macer, 48, has a wait-and-see outlook about legalizing pot for recreational use.

“I think eventually, that might be something that we would consider, but for sure, I definitely consider medical marijuana, absolutely, 100 percent,” Macer said.

Melton supports both medical and recreational pot and said the state needs to be pro-active on the issue.

“The legalization of medical marijuana is an alternative treatment that I believe many veterans would see as beneficial,” Melton said. 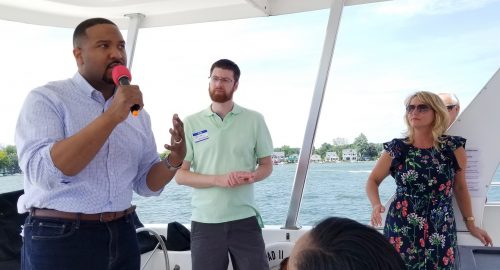 He said he believes it could help in the battle against opioid addiction.

Melton, 38, said the issue is becoming more pressing as neighboring states — Illinois and Michigan — move to fully legalize pot. Right now, possession of marijuana is legal in Michigan. Illinois will legalize it next year.

If Indiana does move in that direction, Melton said he’d like to see the state follow the move by Illinois to expunge marijuana offenses for persons convicted of possessing small amounts in non-violent circumstances. That change in status is expected to affect 770,000 residents.

He said Indiana needs to start looking at how to regulate pot and how tax revenues derived from sales would be used if legalization occurs.

Many Democratic politicians elsewhere are quickly falling in line with the trend to legalize.

Democratic governors in Illinois and Michigan — both of whom assumed office this year  — have helped usher in the legalization of recreational pot. And according to thehill.com, all of the top 20 Democratic presidential candidates support reforming marijuana laws.

But in Indiana, Gov. Eric Holcomb, a Republican, has voiced opposition to the legalization of weed and said he won’t reconsider his position until the federal government changes its legal status of the drug. Under federal law, marijuana is a Schedule I drug, which is in the same category as heroin and LSD.

Macer and Melton said they plan to decide on whether to run for governor later this year.