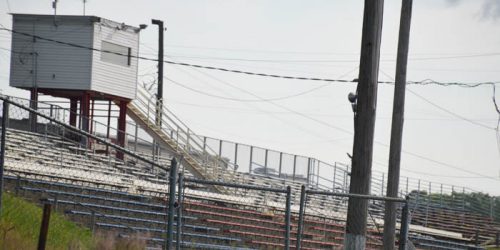 Motorized racing has fallen silent at the Warsaw Motorsports Complex for the past two summers as nearby landowners and the Kosciusko County Fair Board argue in court whether a 29-year-old ban should be upheld. The lawsuit is still pending.

WARSAW — A group of former fair board members is offering fresh criticism of the current Kosciusko County Fair Board for their insistence in attempting to resurrect motorized racing at the fairgrounds.

In a letter signed by nine people — including three past fair board presidents — the group questions whether the fair board’s existing leadership is moving in the right direction and contend they have used racing to divide the community.

The letter comes one week after a group launched a website, a Facebook page called Fair Accuracy and an advertising campaign aimed at questioning why the fair board believes a revival of motorized racing — the future of which rests in a lawsuit — will help save the fairgrounds financially. The group relies on paperwork from the fair board to show that historically, racing revenues have never been a dominant source for the board.

Motorized racing has fallen silent at the Warsaw Motorsports Complex for the past two summers as nearby landowners and the Kosciusko County Fair Board argue in court whether a 29-year-old ban should be upheld. The lawsuit is still pending.

In the letter, supporters contend the fair board has lost money in the past two years, has racked up legal expenses of more than $68,000 and suggests that leaders have tried to “stack the board” with like-minded individuals.

Fair board members have said they want to revive the racing tradition by hosting weekend races throughout much of the summer and argue that the fair’s future depends on racing.

The letter reads in part, “This makes us wonder about the Fair Board‘s current management capabilities. They claim that racing has become their “main source of revenue,” and without racing, the fairgrounds are basically doomed. If these claims are true, then how did past board members keep the doors open and pay off old debt while saving enough money back to start the following year’s fair?”

The letter writers call for a “new focus on the Fair”  and accuse the fair board of using the racing issue for personal agendas while dividing the community. “This is about our kids, our community and our future. The Fair Board needs to revisit the mission of the fair,” the letter said.

The fair board responded last week with a statement questing the secrecy of the advertising blitz but did not refute allegations made in the campaign.

Those signing the letter include Bill Leininger, past fair board member and Indiana State Fair president, and three former fair board presidents, Steve Trump, Mike Loher and Paul Kuhn.

The letter concludes by saying that those signing the letter are not directly involved in the recent campaign, but point out that they do not “condone or support the current goings-on with the Kosciusko County Fair Board of Directors.”