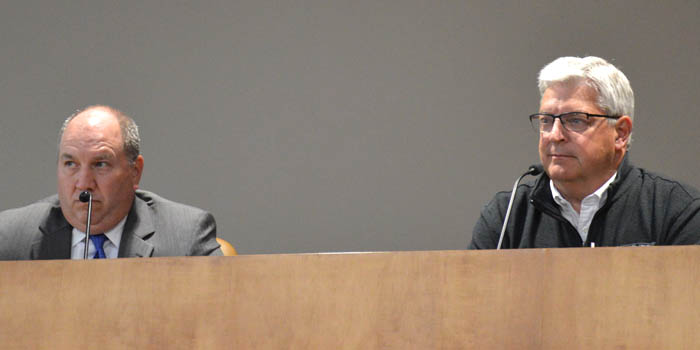 WARSAW — On Monday night, city council reviewed numerous tax abatement agreements with seven companies, including three — Biomet, Torrent Holdings and Alpha Manufacturing — that have been annexed into the city in the past year and have new agreements for city tax payments.

Mayor Joe Thallemer said those agreements involved a three-tier arrangement in which the company officials see their city taxes abated at 75 percent on the first year, 50 percent the second year and 25 percent on the final year.

In all of the cases reviewed Monday, council OK’d the annual forms confirming the companies are in substantial compliance with the agreements.

Biomet had two agreements with the county. One that began in 2010 estimated an additional 278 jobs would be created. A form submitted to the city says the additional jobs created turned out to be 442. As part of the 2010 plan, Biomet pledged to spend $18 million in manufacturing equipment. Another plan set forth in 2014 proposed spending $22.7 million in manufacturing equipment.

Many of the companies reviewed Monday had several agreements. As an example, Wildman Business Group has agreements that were established in 2012, 2014 and 2016 for proposed improvement and assurances to increase employment. The company agreed to make investments in personal and real property with plans to hire 85 additional workers.

City Councilman Jack Wilhite abstained from voting on tax abatement agreements involving Zimmer and Biomet, which are now merged. Wilhite is an engineer for Zimmer Biomet.

Council also reviewed numerous other tax abatement agreements with other companies in the past month. In all of the cases, the council granted approval to all of them.