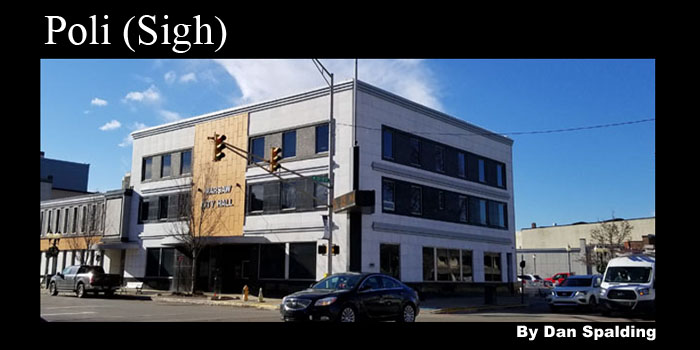 In all of my years in daily journalism, including more than ten covering local elections, I’ve never seen a mayoral candidate shun the media the way Republican mayoral candidate Ron Shoemaker has chosen to do so in Warsaw.

Shoemaker, a city councilman who faces fellow Republican Mayor Joe Thallemer in the May 7 primary, had always been cordial and cooperative with me until about two weeks ago when he just quit returning my phone calls. He never pointed to a specific error or an unfair angle to one of my stories about the mayoral campaign and never even complained to my superiors (although two of his supporters have complained that my reporting has been biased).

Shoemaker’s apparent anti-media approach hit a crescendo this past week when he announced plans for a rally Monday, April 29, and made it clear that no media would be welcomed. No media. No legitimate coverage from trained journalists.

All of this seems odd, but not shocking. Maybe he’s embracing the approach of President Donald Trump who has energized his base by demonizing the media for more than two years. Maybe he’s getting bad advice. Maybe he thinks letting the Warsaw Community Facebook page, run by mystery administrators, is the best approach to messaging (trust me, it’s not). Whatever the reason, if Shoemaker would happen to become mayor of Warsaw, he’s not setting a good example of what the public can expect in terms of transparency and media relations.

Update: Shoemaker called me Thursday night after the rally story was posted and said the post on his campaign Facebook page announcing the rally had been “poorly worded” and that it’s not really intended as a public rally, but more of a strategy session for supporters. So it’s a strategy session that features Elkhart Mayor Tim Neese as the keynote speaker? As of Friday afternoon, his “poorly worded” message had not been updated to clarify the issue.

Shoemaker was asked about numerous comments on InkFree’s story suggesting he seems to be media shy. He denied the claim. 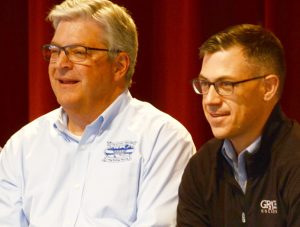 Banks cited Thallemer’s experience, integrity and commitment as mayor. In a press release, Thallemer pointed to a trusted working relationship with Banks when he was an Indiana Senator and now as a Congressman. “I am honored by Congressman Banks’ endorsement of my mayoral candidacy,” Thallemer said.

The Columbia City mayor, who entered office the same time as Thallemer, submitted a lengthy endorsement, writing about Thallemer’s role in the economic growth of the city and his leadership on the US 30 Coalition which aims to construct a limited access highway across much of northern Indiana.

“I know the words of someone who doesn’t live in Warsaw may not carry much weight. However, I wanted to ensure you that northern Indiana — including your neighbors to the east — have benefitted from Mayor Joe’s leadership. I want to make sure your readers understand what an asset they have in Mayor Joe and I strongly encourage them to support Mayor Joe Thallemer in the May primary election,” Daniel wrote.

Poli (Sigh) pointed out last week that Shoemaker was endorsed by Elkhart Mayor Tim Neese in a video. This week, Shoemaker’s Facebook page touted a short video clip endorsement from Sheal Dirck, who is treasurer for Kosciusko County Fair Board and donated $4,000 to the campaign. On Friday, photographer Al Disbro endorsed Shoemaker in a video in which Disbro points to Shoemaker’s support of the fair and suggests that the candidate can help find a solution to the racetrack stalemate.

POWER OF INCUMBENCY — This past week has exemplified the power an incumbent officeholder can have in an election. In the last two weeks, Thallemer can point to seeing the biggest residential eyesore being cleaned up and the upgrade of what might be the most cratered road not previously maintained by the city.  On top of that, Thallemer was honored as the 2019 Optometrist of the Year by the Indiana Optometric Association and named Outstanding Public Official by the Greenways Foundation of Indiana, which also honored other entities in its news release.

ROTARY PARK UPDATE — Warsaw Board of Works member George Clemens, one of the two people who sold the small tract of land to the city so that the Rotary Club could develop it as a park, was not impressed by Democratic city council candidate Jack Brunetto’s suggestion that the city paid ten times too much for the land. The land sold for $15,000 and is being developed with private money. Brunetto’s thoughts appeared in last week’s Poli (Sigh) column.

Clemens, who is treasurer for Mayor Thallemer’s campaign, viewed Brunetto’s comment as a cheap political attack. If Brunetto believes the property at the corner of West Market and West Center is worth only $1,500, Clemens suggested “He is very out of touch, shouldn’t be on the plan commission and surely has no business being on Warsaw City Council.”

NEW VACANCY — There is now a string of empty storefronts along Center Street east of Buffalo Street near the courthouse. The latest vacancy is due to the internet. Lake Area Promotional Specialties, at 112 E. Center St., is closing its doors Tuesday. The owners, Jon and Tina Goon, have sold the company to their daughter, Gail Roberts, who said she can run the operation from her home in Atwood while relying on the internet for sales.

SOCIAL MESSAGING  — Kudos to the Kosciusko County Sheriff’s Office for its improved use of social media, specifically Facebook. Sheriff Kyle Dukes told me during his campaign a year ago that he was a fan of using social media at the Elkhart County Sheriff’s Office and he’s following through with a promise to expand its prominence with daily posts that provide highlights, alerts and other insights.

For too long, the general public has often only heard of bad news involving cops, but police (including Warsaw PD) are beginning to use social media as a way to point out good deeds by officers and putting a human face on their department by posting profiles of various personnel. If you have an interest, check out the Facebook page.