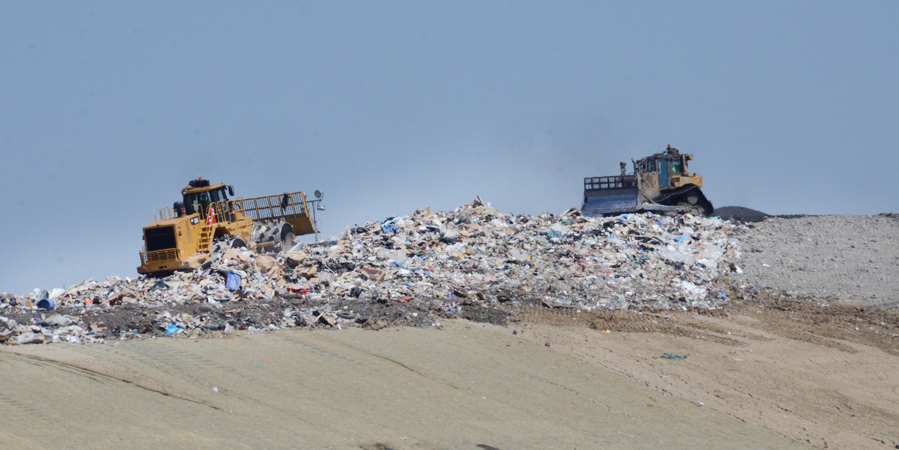 The landfill south of Warsaw in the small town of Packerton is one of Advanced Disposal’s assets included in the purchase by Waste Management.

Ganser referred to Monday’s announcement that Waste Management, one of the nation’s largest garbage haulers, would acquire Advanced Disposal for a total package of $4.9 billion. Ganser discussed with board members the possible ramifications locally. “The discussion was around if this would give Waste Management an advantage in the area,” Ganser said. “In my opinion, any company that owns a landfill in a geographic area has an advantage, but also, as discussed, also has the liability of that asset.”

The landfill south of Warsaw in the small town of Packerton is one of Advanced Disposal’s assets.

Management at the landfill confirmed the acquisition but declined official comment.

According to Ganser, local garbage collection companies who do not own a landfill of their own will be affected by the merger.

“Waste Management owns and operates the transfer station up in the industrial park by the airport, and Advanced Disposal owns and operates the landfill location in Claypool,” Ganser said. “In the Kosciusko County area the following companies operate — Advanced Disposal, Waste Management, Republic Services, which are all major players in the industry, Stafford Solid Waste, Sweetheimer Trash Removal, Borden Waste Away and Stuckman’s Sanitation. “We will be interested in how the Department of Justice will look at the total acquisition, and if there will be any divestitures that will affect our area. I don’t believe we will see much until the acquisition is finalized, and from the articles, it looks like that will be next year this time.”

According to Waste Management’s website, the company “entered into a definitive agreement under which a subsidiary of Waste Management will acquire all outstanding shares of Advanced Disposal for $33.15 per share in cash, representing a total enterprise value of $4.9 billion.”

The website added that Advanced Disposal had 2018 revenues of $1.56 billion and approximately 6,000 employees, serving more than 3 million residential, commercial, and industrial customers.