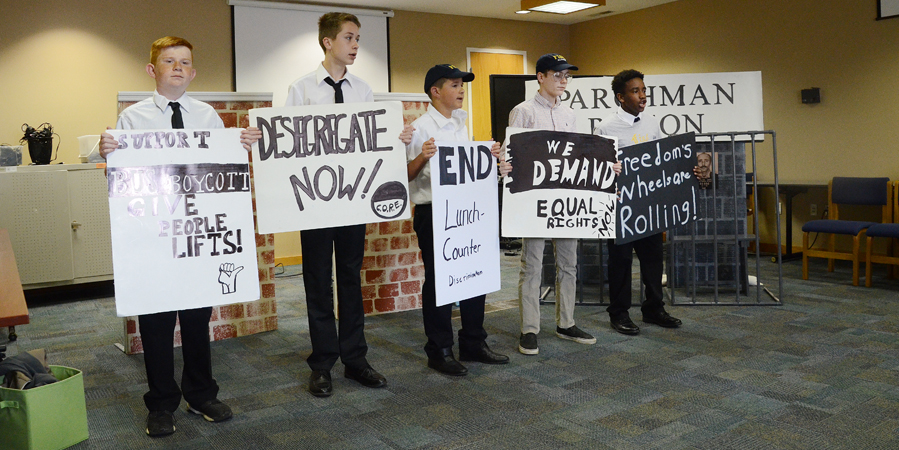 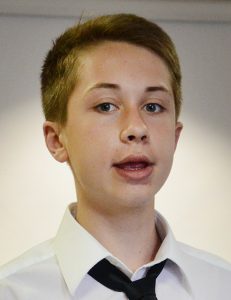 WARSAW — A group of middle schoolers with the Warsaw School Corporation are hoping history repeats itself — literally.

Having competed in a history competition that involves role-playing for the past three years, a group of five WCS students has advanced past the regional level and head to state competition for the fourth straight year. A top showing at the state level can mean a third straight trip to the University of Maryland in College Park, Md. for the national competition.

The five youngsters are competing in the Junior Group Performance category of the national program called National History Day.

Veteran team member Jason Benyousky, 14, said having a passion for history makes each year’s project a labor of love.

“The thing about National History Day, and history in general, is that we learn about things that apply to our lives,” said the 8th grader prior to a group performance on Wednesday, April 10 in the Warsaw Community Schools central office. 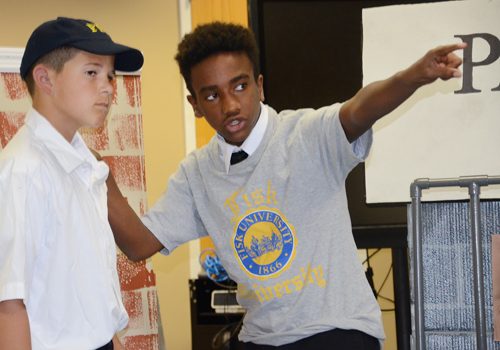 From left are Finn Bailey and Robinson Hoffert.

During the performance, the five students, playing multiple roles, reenact significant moments from the civil rights movement in the embattled south. Even more poignant than these performances are the candid comments made by the students after the performance. 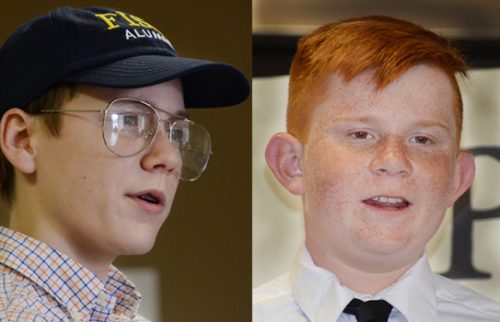 From left are Jason Benyousky and Keller Bailey.

“We’ve had an abundance of research with this one (topic),” said Ryun Hoffert. “This project has been really good for us.”

Benyousky said the group was able to travel to research the project.

“This year we were able to go to Atlanta and interview a civil rights movement participator,” he said. “It’s something that we’re able to learn from as well because it’s an ongoing struggle.”

The group plans one more dress rehearsal performance before traveling to the University of Indianapolis on Saturday, April 13, for their state competition.

The 2019 national contest will be held June 9-13 at the University of Maryland, College Park.