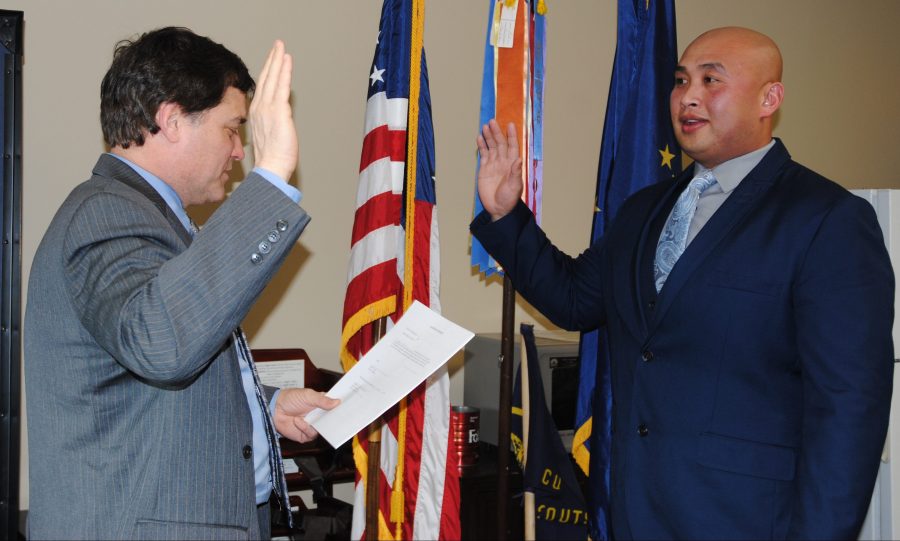 NORTH WEBSTER — Usually there may be one person who is not required to be there at North Webster Town Council meetings at the North Webster Community Center. For the past two months, there have been many.

For March, the issue at the March 19 meeting was the town’s initial refusal to grant permits to companies and non-profit organizations to use the end of East Washington Street as access to Webster Lake.

The council had already reversed an earlier decision to not grant permits as it had in the past and was issuing them to boat and pier companies who needed a large access for boat lifts, piers and boats as well as one to the Webster Lake Conservation Association for the ability to take out fireworks to Kline Island to be set off to celebrate Independence Day.

Town Council President Lisa Strombeck made a statement during new business permits are being issued through June 15. “That is the target date for work to be completed to amend the ordinance with some new rules for use of the town’s right of way. If you have questions now is the time to ask,” she announced to those present. The group included several pier and boat company owners and representatives from WLCA and the North Webster-Tippecanoe Township Chamber of Commerce.

Mike Wyrick, president of the WLCA, presented written comments to the council. In it he stated, “The contractors that I have spoken with have no objection to paying fair fees or following reasonable rules that will work for the good of all. The affected contractors will need to speak as to what they feel is fair and reasonable.” He added he hoped all would be involved in the decision making process on the ordinance.

Town Attorney Jack Birch noted access had been blocked at the location for 15 years by ordinance due to difficulty with parking and for access by the North Webster Fire Department to the lake for its rescue boat and to fill water tanks.

Strombeck explained the new gate will be locked and a key system is being investigated to allow those with permits to access the lake and then park vehicles and trailers at the North Webster Community Center or other locations.

A suggestion was made to have the ordinance the council decides on put on the back of the use permit form. The council agreed. Jim Smith, chamber president, added, “You have addressed all of my concerns for our members.”

In other business, new police officer Sam Phat was sworn in by Birch. Police Chief Greg Church reported 189 calls of service with the most being traffic related, citizen and agency assists. Officers worked 777.25 hours, drove 3,300 miles and used 296.6 gallons of fuel.

The utilities department has swept streets, added new controls for lift B. A new door at the plant has been installed and chlorine treatment will begin shortly.

The council tabled the request to remove an easement for an unplatted alley by Jerry Fisher until adjacent property owners are contacted as well as the Kosciusko County Area Planning Office. He would like to build a garage at 518 S. Mary Laferne St.

The next meeting will be 6 p.m. Tuesday, April 23, a week later than usual, at the North Webster Community Center.