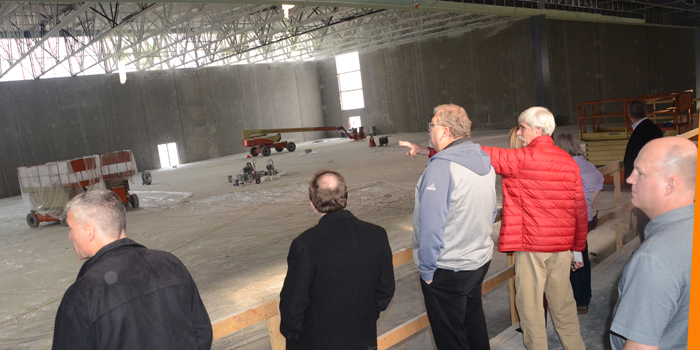 WCS board members receive a tour of the Student Activity Center from Jim Lemasters, wearing a red jacket.

WARSAW — The Warsaw Community Schools Board of Trustees were given an extensive tour of ongoing construction projects at Warsaw Community High School prior to its regular monthly meeting on Monday, March 18.

The board also toured the high school’s cafeteria, which is scheduled for a face lift, and areas of the Warsaw Area Career Center, which will also be revised.

Following the tour, the board returned to the administration office for an executive session, followed by the monthly regular meeting at 7 p.m.