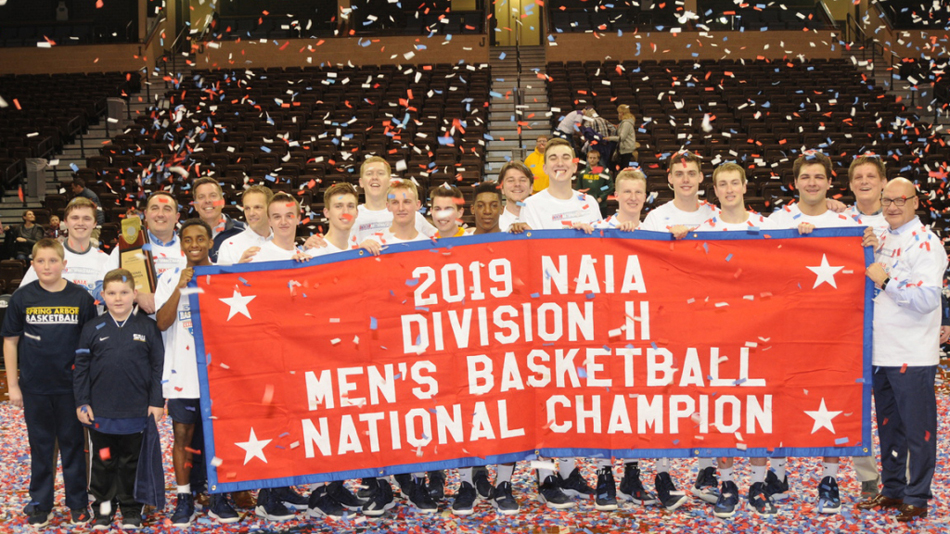 SIOUX FALLS, S.D. – For the second time in as many years, the Crossroads League, and more specifically, a superstar from Warsaw, raised the trophy as men’s basketball national champion. 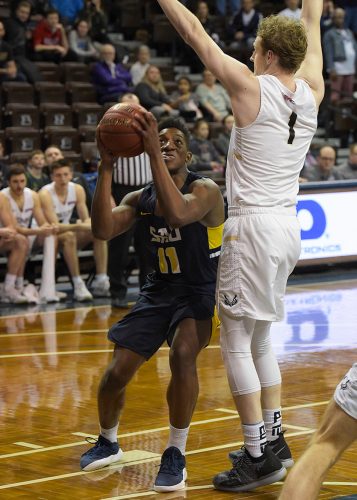 The Cougars (30-7) jumped out in front by as much as 15 points in the second half, fueled by made threes from Luke Barber and Brandon Durnell. The two teams would the trade buckets for much of the remainder of the second half, Tech narrowing the lead to four on a pair of occasions, as close as 76-72 with just over two minutes to go in the game.

Jeff Beckman would make four free throws late, and after Mitchell Fink scored with 17 seconds to go to slice the lead to four at 80-76, Durnell broke free on a feed from Barber and converted the shot, sealing the title for the Cougars.

Fink was the high man for the Hustlin’ Owls (28-8) with 25 points, seven assists and five boards.

For the tournament, Marandet tallied 81 points, 36 assists, 18 rebounds and committed just 16 turnovers in five games. For his efforts, he was named the Most Outstanding Player of the tournament.