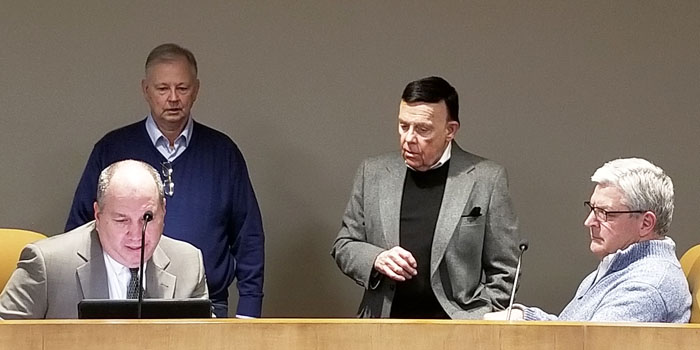 WARSAW — Plans for the city council to discuss concerns over the police department in an executive session were thrown into chaos Monday night, March 4.

The executive session was scheduled for 5 p.m. Tuesday, March 5, but City Councilman Ron Shoemaker questioned the legality of the meeting Monday, claiming the topic involving police matters falls outside of scope outlined by state law that allows for an executive meeting to be held by the city council. He contends the matter would be appropriate for the board of works.

Shoemaker claims he was advised by the Indiana Public Access counselor that the meeting would be illegal and received an email from the office about two hours before Monday’s meeting.

Shoemaker, a candidate who is challenging fellow Republican Mayor Joe Thallemer in the May primary, brought up the issue at the end of Monday’s meeting.

Shoemaker made a motion to cancel the meeting, but it failed to gain any support from the other six council members.

Immediately afterward, several officials including Thallemer and Shoemaker, gathered to discuss the issue, but Shoemaker said minutes later he does not plan to attend Tuesday’s scheduled meeting. 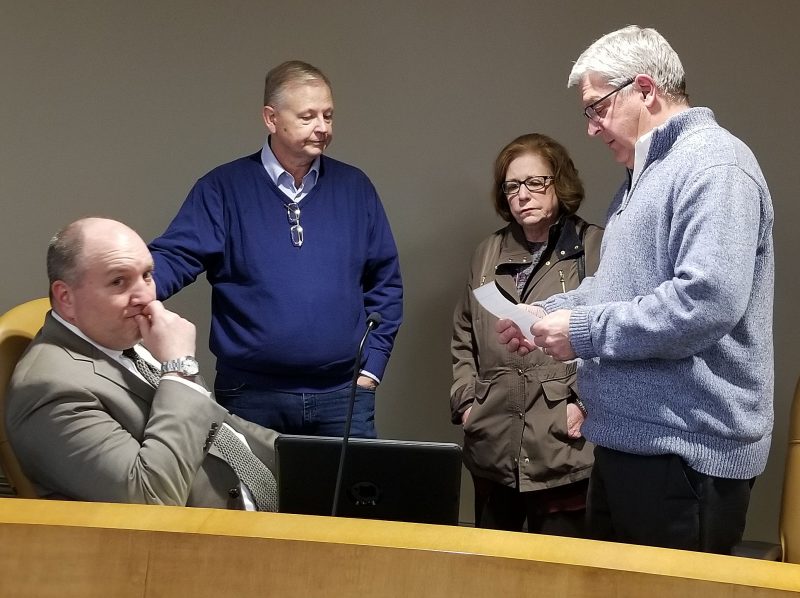 Thallemer and City Attorney Scott Reust said they would confer Tuesday with the public access counselor’s office and abide by whatever the office advised.

Thallemer said the meeting was scheduled after council members expressed a desire to discuss police matters. He said Reust checked with several other lawyers on the legality before the meeting was formally announced.

Shoemaker said he checked with the public access counselor on Friday to see what could be discussed. As he explained the circumstances, a representative of the office interrupted and said the council “did not have statutory authority” to meet on the subject.

As of Monday night, the debate appeared to boil down to an interpretation.

“They are words on a paper and I think everybody tries their best to determine what those words (mean) … I’m more than happy to talk to the public access counselor. We do it routinely …  I wasn’t made aware of this as a problem until Ron brought it up.”

Thallemer said he was under the impression late last week that everyone was agreeable to have the meeting.

“This was for the benefit of the council,” Thallemer said. “The whole idea was to have a good, frank discussion with some of their concerns.”

Police Chief Scott Whitaker has been embroiled in controversy over the way he investigated what he believed to be an impaired driver on Jan. 25 while he was off duty.

The incident began when he was nearly run off the road by an oncoming car on CR 200S in the early evening hours. He called for backup and continued to follow the vehicle, believing the driver was impaired as he watched the vehicle travel erratically. Moments later, he confronted a 74-year-old man, only later to learn that the man’s wife, who has trouble driving at night, had been behind the wheel.

The man describes being tackled by Whitaker, but the chief says the man’s legs gave out and that he “assisted him to the ground.”

Whitaker later apologized for the confusion but stood by his actions. Thallemer has defended Whitaker but called the circumstances unfortunate.

At the same time, two Warsaw Police officers have been placed on investigatory leave as the city reviews their actions in connection with the incident. The city has not identified the officers.