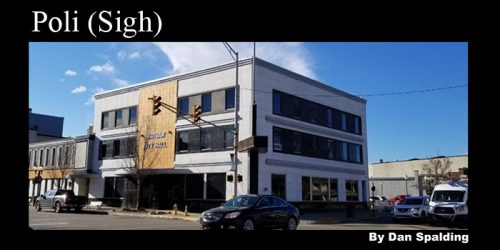 Four people will compete to be the first judge of the new Superior Court in Kosciusko County.

According to Gov. Eric Holcomb’s office, the candidates are: Robert Bishop, an attorney who works in the Kosciusko County Prosecutor’s office and oversees child support; Lindsey Grossnickle, a deputy prosecutor in Whitley County; Christopher Kehler a longtime local attorney, and Chad Miner, who serves as the attorney for Kosciusko County.

Grossnickle might work outside of the county, but she resides in Kosciusko County. She is married to another attorney, Andrew Grossnickle.

Deadline to apply was earlier this month. Holcomb is expected to make a selection within a few months after his legal team interviews and researches each of the candidates, according to a spokesperson for Holcomb.

The court is set to gavel in, so to speak, in July.

FRIENDLY FIRE — Sometimes military buddies keep those ties — even in the depths of deep political divides. That’s the case for U.S. Rep. Jim Banks, the Columbia City Republican, and South Bend Mayor Pete Buttigieg, an openly gay married man who has entered presidential politics and appears to be a rising star for Democrats. 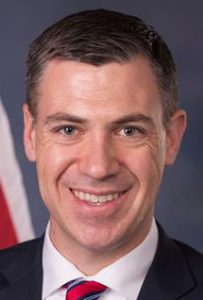 Both men served in Afghanistan and are friends. Banks has been complimentary of Buttigieg in the past and thinks the GOP “dodged a bullet” when the Democratic national party looked past Buttigieg when seeking a new chairman in 2017.

Banks previously considered Buttigieg to be a centrist, but that impression has changed.

“I hold Pete in high regard. He’s enormously talented and has a unique background. He’s good for their party,” Banks said after a town hall meeting Thursday in South Whitley. “I don’t agree with him on almost anything. Unfortunately, now that he’s running for president, he’s taken the bait to shift far left to the crazy side of the Democrat party.”

“I thought his comments about Vice President Mike Pence were outrageous and disappointing … It’s beyond the pale … It’s not the Pete Buttigieg I know.”

Buttigieg had a noteworthy week. His book, “The Shortest Way Home,” entered the New York Times bestseller top ten list and his image is one of 15 Dems who appear on the cover of Time magazine this week. EJ Dionne, a Washington Post columnist, calls Buttigieg “a dark horse presidential candidate well worth paying attention to.”

SIDE NOTES — Banks is making an effort to continue hosting town hall meetings each year while many other lawmakers, including 2nd District Rep. Jackie Walorski, shy away from such public events. According to my records, the last bonafide town hall meeting hosted by Walorski was in 2013 in Rochester.  One other aspect worth noting about Banks’ 55-minute town hall meeting: not a word was mentioned of the various investigations into Trump.

GOP SPEAKER — OK, really, this column is not all about Banks. It just seems that way. But Kosciusko County Republican Chair Mike Ragan announced Friday that Banks will be the featured speaker at the Lincoln Day Dinner on May 2 at 2517 in Warsaw. Municipal candidates are also expected to get a fair share of attention, too, he said.

NICE GESTURE — Kosciusko County Dem Chairman Brian Smith had kind words recently for Plain Township Trustee Tyler Huffer, who is a Republican. Smith, on Facebook, tipped his hat to the new trustee for his willingness to open up township doors during the recent historic cold spell. “I wish you all had a trustee that worked as hard as mine,” Smith wrote. The 2019 Warsaw mayoral race summed up by Austin Rovenstine, a Warsaw attorney who enjoys doodling.

THREE RING CIRCUS? –  If you ever see Austin Rovenstine departing B-Mac’s in Warsaw, take a second to scan his table to see if he left behind any nifty napkin drawings. Chances are they might be worth a look. Rovenstine said he wanted to be an artist long before he became a criminal attorney and that it just didn’t work out as he hoped.

While much of his work is not political, Rovenstine worked up one recently that attempted to put the mayoral race into perspective. It captured Republican challenger Ron Shoemaker (L), incumbent Joe Thallemer (R) and sideline antagonist Chad Zartman (caught in the middle), who has been affiliated with Warsaw Community.

All three caricatures are a bit off-putting, but the resemblance is obvious to anyone familiar with them. And it captures a political spin that — at times — it’s not just a two-person race.

Rovenstine said he normally leaves the doodles behind at his table, but chose to post this one on Facebook. Many of his friends seemed to get a kick out of it.

CHECK YOUR MAILBOX – Speaking of Shoemaker, the first-term city councilman (who is running for mayor) spoke up at the end of Tuesday’s council meeting and asked why he had not received a listing of updated board appointments, to which Council President Diane Quance replied that it’s been sitting in his mailbox for “around” two meetings.