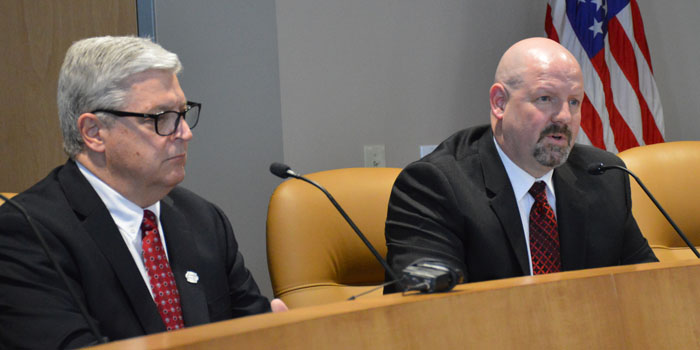 The personnel action was announced Friday during a 45-minute news conference that also included an apology from Whitaker over circumstances that played out while he was investigating what appeared to be an impaired driver while he was off duty.

No details about the officers, including what exactly they might have done to merit an investigation or their names, was released.

Warsaw Mayor Joe Thallemer also announced that an audio tape from Whitaker’s conversation with dispatch as well as the police report and body cams from other responding officers would be posted later today on the city’s website in another attempt to give the public a full understanding of what happened.

Concerns over the incident surfaced with an anonymous tip that alleged Whitaker had used too much force with an elderly man who he believed had been traveling erratically on the south side of Warsaw.

To see a video of the news conference, go to InkFreeNews’ Facebook page.

Look for a full recap of the news conference later today at InkFreeNews.com.