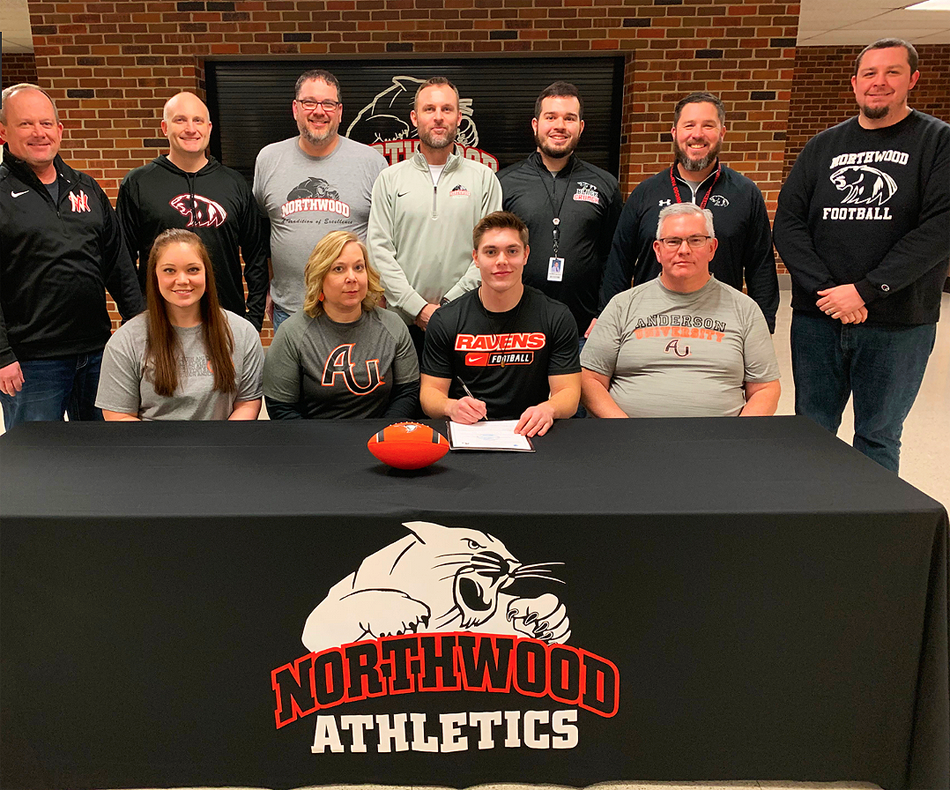 NAPPANEE – NorthWood senior Braden Mikel made quite an impact in his time as a Panther. Anderson University are in for a treat as Mikel signed his National Letter of Intent to continue his football and academic career with the Ravens.

Mikel was a captain for the Panthers this season, one in which NorthWood ran the table in the Northern Lakes Conference and held a No. 1 ranking in Class 3-A heading into the state tournament. The lineman helped protect one of the top rushers in the state, Bronson Yoder, and bolstered an offense that ranked tenth in the state in points at 43.3 points per game.

Mikel was an All-Northern Lakes Conference and IFCA Academic All-State selection, won the 2018 Jim Andrews Panther Spirit Award and was the TV-46 Player of the Week.

Mikel carries a 3.83 grade point average and is a four-time NorthWood Scholar Athlete along with being a member of the National Honor Society. Intending on majoring in business management at Anderson, Mikel also lists being a youth group leader and volunteer at Wakarusa Missionary Church and is a 10-year member of 4-H Club.