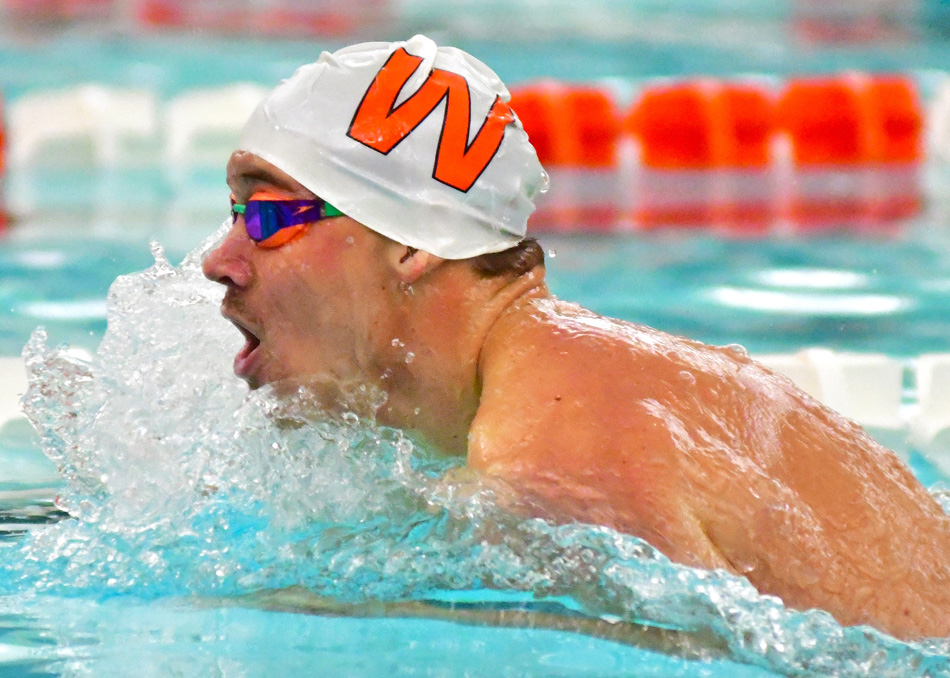 INDIANAPOLIS – Warsaw junior Grant Knight maintained his lofty position among the breaststroke elite, finishing fifth to qualify for the championship round of the IHSAA Boys Swimming State Finals.

Knight swam a 56.84, his top time of the season, to finish fifth in the preliminary rounds Friday night at IUPUI. He will be joined in the final by Northern Lakes Conference neighbor Matt Bond of Concord, who placed third in prelims with a 56.41. Northridge’s Joey Garberick and Michael VanCoppenolle both timed a 57.64 to tie for 11th to qualify for the consolations.

Warsaw didn’t have any of its other swims crack the top 20. Knight scratched from the individual medley, which made way for Columbia City’s Aaron Fix to grab the vacant spot, to which Fix posted a 2:02.29 to finish 29th. Alex Cook had a tough night in his final go-round for the Tigers. The senior finished 29th in the 50 free (22.05) and 31st in the 100 free (49.26), his first individual swims in his Warsaw career. The Tiger medley relay was disqualified on a early start on Cook to open the night, but Cook would help Warsaw to a 1:30.13 finish in the 200 free relay, which Warsaw placed 29th.

Three other area swims qualified for championshisps. Concord’s Kal Findley placed fifth in the IM at 1:50.81, and then helped Concord to an eighth place time of 1:25.95 in the 200 free relay. Findley also placed 10th in the backstroke to make the consoles. Northridge’s Nick Dibley landed sixth – up from a 13-seed – at 4:34.66 in the 500 freestyle.

Those making consolations include Northridge’s medley relay, VanCoppenolle in the IM and Bond in the 100 free.

Saturday morning, the divers will get their tournament started, with NorthWood’s Caden Jenkins, Concord’s Aaron Leas and the Elkhart Central duo of Noah Sears and Henry Gatzemeyer.