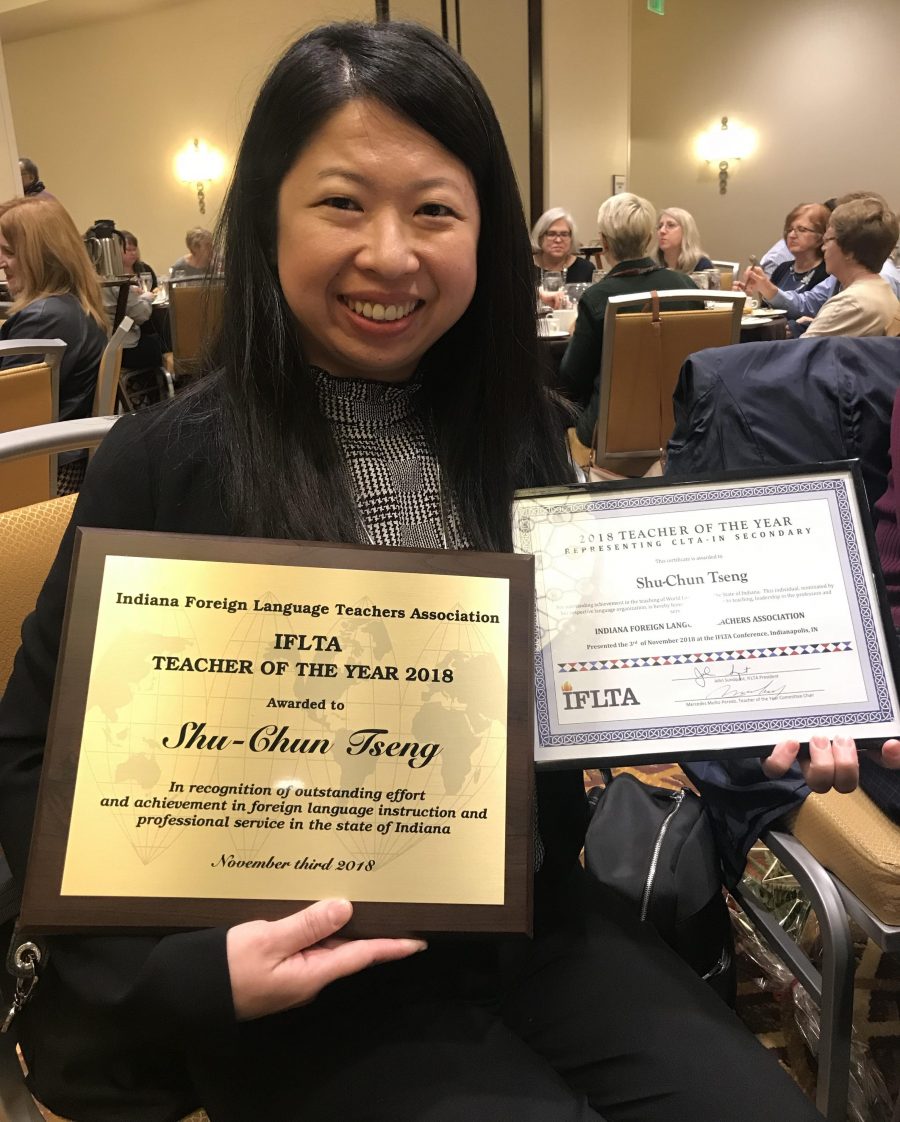 WARSAW — When Dr. Shu-Chun (Ginger) Tseng teaches Chinese to Warsaw Community High School students, it is more than just teaching the basics of a different language. Having grown up in Taiwan and with family still living there, she can also bring her own cultural experiences into the classroom.

Ginger, who started the Chinese program in Warsaw Community Schools, first came to the United States as a foreign exchange student while in college. She then returned to Taiwan to finish her bachelor’s degree. Later she enrolled in graduate school at Indiana State University in Terre Haute. Eventually she earned a Ph.D. in curriculum and instruction with a concentration in language education.

Both of Ginger’s parents were teachers and “I wanted to be a teacher since I was little,” she said. She was interested in teaching English as a second language and became aware ISU offers ESL and also linguistics. “I thought I would try them both and see what I liked,” she noted.

Ginger came to ISU in 2004 and finished her Ph.D. in 2011. At that time, Dr. Jon Lippe, then the principal at Lakeview Middle School in Warsaw, was looking at the possibilities of starting a Chinese program in Warsaw and began reaching out to possible candidates. Ginger was very active in a Chinese teacher organization and that’s how Lippe connected with her.

“I was looking for a job and thought it would be a great opportunity,” she said, noting she began teaching Chinese at Lakeview and Edgewood middle schools and also WCHS in the fall of 2011.

Each year is a little different and it depends on student interest at which schools Chinese is taught. This school year, Ginger only teaches Chinese at the high school and also teaches ESL and exploring world languages at Edgewood Middle School. Chinese is one of four foreign languages offered at WCHS — Spanish, French and German being the other three.

Ginger noted learning any new language has certain challenges and some effort is required to master it, but learning Chinese is easier than it would be for someone who speaks the Chinese language and wants to learn English. “Chinese grammar is easier to learn,” she said. “Verb tenses do not change and are not as complicated.”

It takes some time to properly learn the Chinese letter characters “and they can be intimidating,” she said. Also learning proper pronunciation is a challenge.

To help students pick up the words, she enjoys playing educational games. Those could include Chinese food and holidays. For an example, the Chinese New Year was recently celebrated in Ginger’s classroom.

“I want the students to learn how to use sentences in a conversation,” she said.

She also wants her students to respect the differences existing in various cultures and to value diversity.

Ginger has become well acclimated to American culture, but has observed a few noticeable differences when comparing Americans with the Chinese. “Chinese parents are more stricter and give more encouragement to pursue academic excellence,” even after school, she said.

Also, students in Chinese classrooms tend to be quieter and ask less questions, while in America students are encouraged to speak up and ask questions.

But one thing is common and “universal” and that is the obsession with and popularity of smartphones.

Ginger, who lives in Warsaw, enjoys playing badminton and traveling to large cities such as Chicago and others.