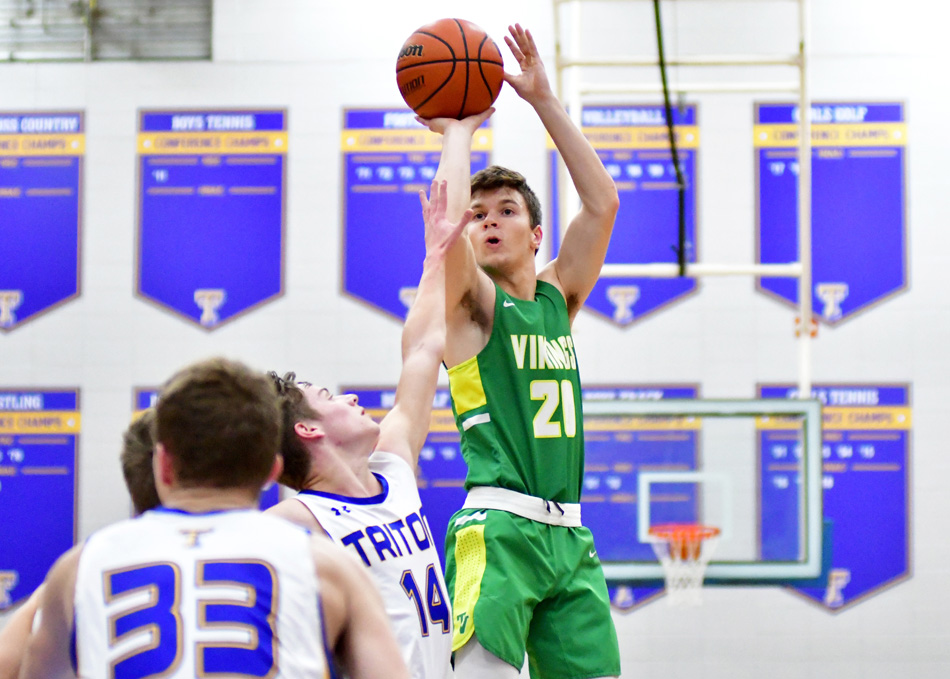 BOURBON – You couldn’t draw up a better start for a road team in a rivalry game than what Tippecanoe Valley did at Triton Friday night.

Valley opened the game on a 22-2 run in a 42-29 boys basketball blitz in the Trojan Trench.

“We came out, boy, we put the clamps on and really played well,” said Valley head coach Chad Patrick. “Man to man pressure all the time and let them make the turnovers, not force them into them. We got 10 or 11 right away in the first half.”

A combination of suffocating Valley defensive pressure in the frontcourt as well as Triton’s willingness to send the ball into occupied lanes fueled the start. A Jalen Potter three-pointer followed by one from Parkur Dalrymple pushed the lead to 15-2, and opening the second quarter, Valley immediately produced two turnovers that led to five points after Dalrymple converted an and-one and Rex Kirchenstein took a Tanner Trippiedi pass and got the deuce.

Triton stopped the bleeding with an and-one from Lucas Richman, but even the mild-mannered Jason Groves raised his levels at the performance his team wasn’t displaying.

“We turned the ball over 17 times in the first half, and when you throw the ball to them and they are getting 19 points off turnovers, they don’t have to do much,” Groves said. “That’s why I was upset. Our kids play hard and are good kids, but we have to take care of the ball, period. And then they got down and were hanging their heads. They didn’t break the huddle, so that’s where I’m at. They better control the things they can control.” 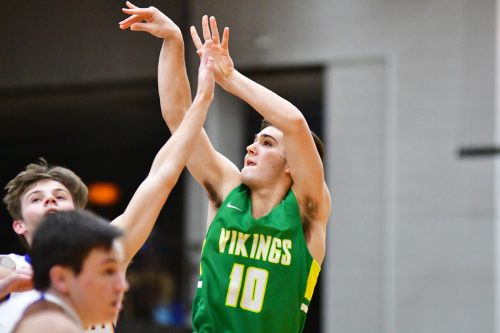 Triton would respond in the third quarter, even getting the game into single digits at one point, but two Trippiedi free throws at the end of the quarter moved the lead back up to 36-24.

Triton was just 8-32 from the floor (25 percent) and had Ashton Oviedo and Keegan Westafer finish with six points each. Tye Orsund added some defensive notes with four rebounds, a block and a steal.

Valley (12-9), now winners of five of its last six games, will host Wawasee next Friday in its season finale. The Vikings will have dual interest of the happenings that night in Wabash, as the Apaches host Peru. Valley finished 7-2 in the Three Rivers Conference and handed Wabash its only TRC loss, the Apaches 7-1 with the Peru game left. Manchester is 6-2 with its final TRC game Tuesday at Whitko.

“Five out of six guarantees a winning season, which is huge and one of our big goals,” Patrick said. “Manchester got beat tonight and Wabash has a tough TRC game so that’s the one goal we didn’t get, we let a TRC game slip away. We wanted that conference title. We still have an outside shot at it. The next one is just to get ready for sectional.

Triton (7-11) is in the midst of eight games in 14 days to make up for lost time during the Polar Vortex, et. al. The Trojans play tomorrow afternoon at Rochester.

“We played 10 or 11 kids tonight so use our depth a little bit and try to get more kids the ball and get other kids a break when we can,” Groves said. “We just have to be smart, get them off their feet. Maybe walk through stuff rather than busy full-go practices.”

In the JV contest, Valley outlasted Triton 41-35. Valley went 4-12 down the stretch from the free throw line, but Triton didn’t do itself any favors by missing its last eight shots in the fourth quarter. There were only two lead changes the entire game.

During halftime of the varsity game, the 2019 Triton Athletic Hall of Fame class were introduced in Larry Lemler, Larry Wattenbarger, Troy McIntyre and Terrin (Meister) Robbins. 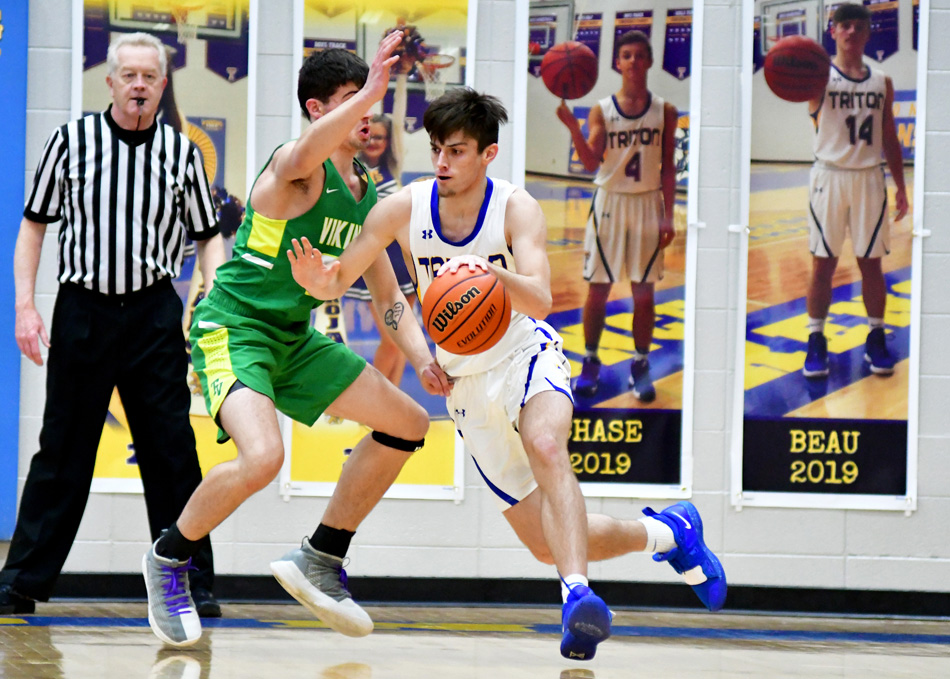