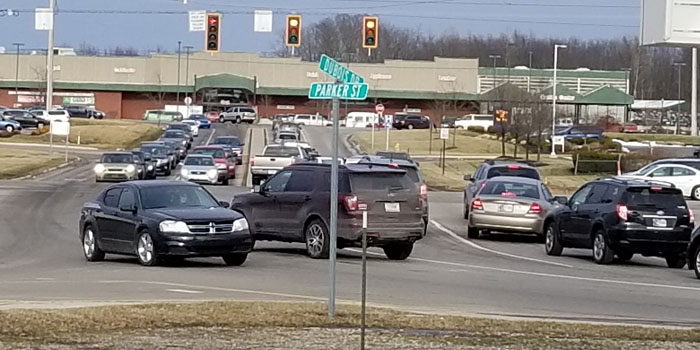 Traffic courses through the US 30 intersection at Parker Street near Dubois Drive in Warsaw at 4:30 p.m. Thursday.

WARSAW — Warsaw city officials will face some tough decisions if a future freeway ends up following the path of US 30.

Seven counties are working to assemble a long-term plan for a limited access freeway that would stretch from the Ohio state line to Valparaiso and replace the heavily traveled US 30.

Each of the counties — Allen, Whitley, Kosciusko, Marshall, Porter, LaPorte and Starke — is working on its own plans that will dovetail with the others.

But compared to other counties, Kosciusko’s scenario appears to be more complicated because of existing lakes, wetlands and other obstacles. Another difficult aspect: the county has the most stoplights (12) and second most driveway cuts (34)  along US 30 compared to the other counties.

With those issues in mind, local officials are drafting three potential paths for the future freeway through the county; one that tracks north of US 30, another that goes south of Warsaw and a third that follows closely along the existing highway.

County officials are looking at developing proposals for the north and south options while Warsaw is preparing a plan for the third. The three options are expected to be ready for public review within a few months.

If the middle path would be chosen, Ultimately, many of those intersecting roads would be cut off from the future highway. A handful of others would be converted to either overpasses or interchanges.

Warsaw has hired an engineering company to prepare a map for the middle option that would outline some of the choices for placement of possible interchanges and overpasses. An interactive map will allow people to see possible placement of interchanges and overpasses (over the future highway) and the size of a physical “footprint” it would require to construct those at the various intersections.

Part of the decision will involve the best placement of those footprints. “That’s sure to spark a lot of conversation,” said Mayor Joe Thallemer, who is heading up the US 30 Coalition. 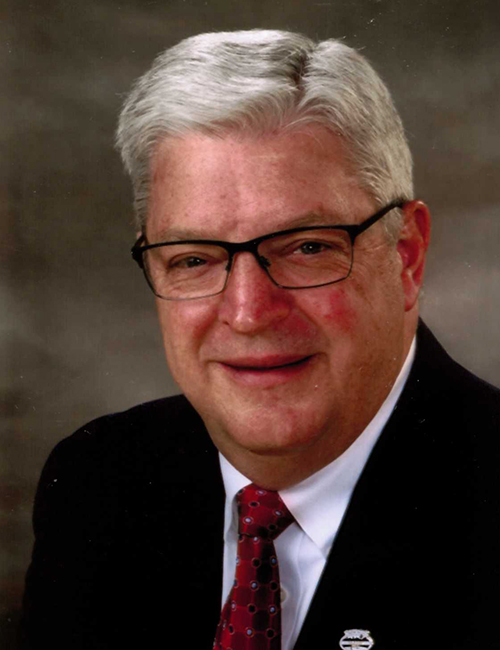 If local and state officials embrace the middle path, what appears clear is that the existing interchange at SR 15 (North Detroit Street) would be incorporated into the new plan and that the Center Street intersection would be reconfigured to be an interchange.

Choosing where other future overpasses or interchanges will be depends in part on spacing them out through the area. To a degree, it would not make sense to have a series of interchanges and overpasses in close proximity to each other, Thallemer said.

But at the same time, the city will look at the options based on how to best accommodate frontage roads. “And that’s the tough part,” Thallemer said.

The real challenges, according to Warsaw City Planner Jeremy Skinner, will involve what to do with US 30 intersections at Spring Hill Road, Parker Street, Meijer Drive and Anchorage Road. That string of roads fall within 1.6 miles of each other.

Thallemer points out that two of those — Anchorage and Parker are exceedingly busy already.

US 30 is considered to be the second most traveled highway in northern Indiana and is expected to continue to see growing traffic — especially among trucks — in the future. Gov. Eric Holcomb has recognized the overall plan as a top transportation issue for the state.

Warsaw is specifically dealing with increased traffic along the route and Thallemer says there is already a sense of immediacy even though officials speculate that finishing construction is likely 15 to 20 years away.

“Our concern right now is we’ve got issues with volumes, cross traffic, congestion and accident rates. We need a longterm fix now. The coalition all feels the same way that we need to get this rolling.”

Thallemer met with lawmakers Wednesday in Indianapolis in an effect to line up support to include money in INDOT’s budget to pay for an environmental impact study for the entire project.

The state is working to complete two other massive highway projects involving US 31 near Indianapolis and a final extension of I-69 which will continue for about five more years.

Thallemer said they hope to have the engineering study for US 30 done by the end of that period “so, in five years, we’re ready to go.”

The US 30 Coalition includes representatives from each county and some leaders of industry. In addition to Thallemer, other local representatives include former county commissioner Ron Truex and Dan Brown, president, Phend & Brown, Inc.

After public input, local officials will make clear their preference, but the INDOT will have a final say in the decision. Costs and environmental issues will likely be determining factors, Thallemer said.