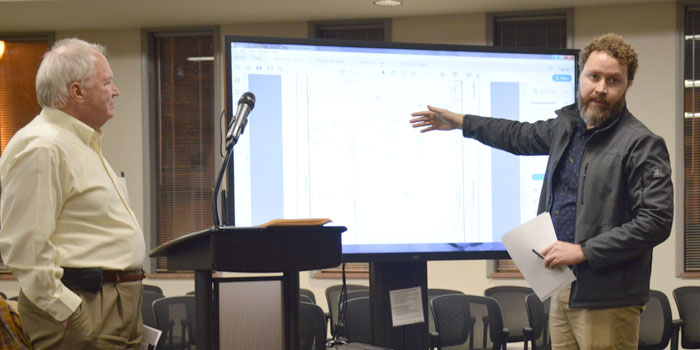 WARSAW — The developer behind a future John Deere dealership along US 30 in Warsaw made more progress in its plans Monday night, Feb. 11, before the Warsaw Plan Commission.

Everything, that is, but a proposed road name.

The Greenmark development involves 21.25 acres northwest of the highway and CR 200W that will be divided into four lots. The nationally-known implement dealer is the first to announce plans for intentions within the proposed plan.

The development involves extending an east-west road known as Polk Drive north of the highway further to the west beyond CR 200W.

As part of the preliminary plan proposal, the developers, TLCO Inc., had sought to name that portion of the new road as “John Deere Way.”

City Planner Jeremy Skinner and the plan commission balked at that idea. The board approved the preliminary plat, but not before amending it to keep the name of the extended road as Polk Drive.

Skinner said developers behind residential and commercial projects often seek to name new roads, but the fact this is a road extension made the difference.

“I don’t blame them for trying,” Skinner said.

Steve Snyder, an attorney representing the developer, said the resistance represented a “bit of a conflict in my client’s mind, but we may have to live with it.”

Board member Rick Keeven said the desire to name an extended road differently was the first he could recall. He also noted that agreeing to the request would set a precedent.

The road will initially extend about 300 feet to serve the dealership, Snyder said.

The agreement seeks to extend water and sewer and expanded right of way to accommodate the utilities.