WARSAW — A man who hails from both Mentone and Warsaw, and who police say has been involved in multiple incidents involving the battering of another person, will likely serve at least seven years behind bars. 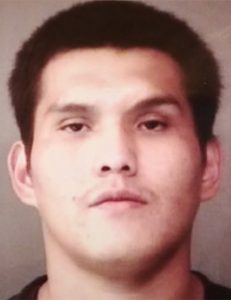 In two seperate cases, Montileaux was accused by police of battering the same woman, causing injury and on Nov. 29, 2017, police say he beat up a man at the Warsaw VFW post because he thought the man had shut off the lights to the basketball court where he was playing.

Brad Voelz, representative of the prosecution in the case, told Judge David Cates that in the cases involving the battery to a woman, children were often present during the incident. “In the court, sadly, we have to deal with cases like this that involve children,” said Voelz. “Children are always innocent victims. In other cases, victims aren’t always completely innocent. He has accumulated quite a criminal history.”

Montileaux’s attorney, Dana Leon, told Cates that her client might suffer from mental illness, but that certainly he wants to be treated for chemical dependency.

“He, above all else, believes he is in need of substance abuse treatment,” Leon said. “It doesn’t excuse his conduct, but it is a mitigating circumstance. He has significant remorse for his actions.”

Before sentencing, Montileaux told Cates that as a result of his substance abuse, he expected to be dead already.

For the aggravated battery charge, Cates ordered Montileaux to serve eight years, with three of those years suspended in favor of probation. For violating probation and on the domestic battery charge, Montileaux received one year each. All sentences were ordered to be served consecutive and with the Indiana Department of Corrections.

Cates told Montileaux he would approve him for the Recovery While Incarcerated program.