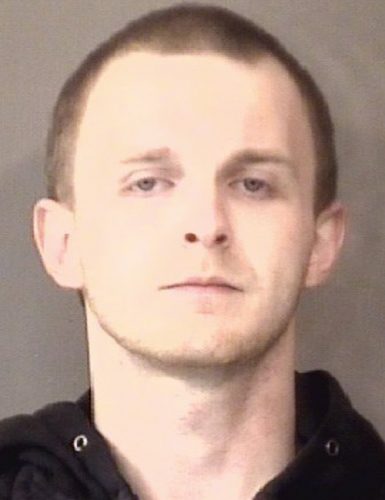 MILFORD — Patrick A. Belt, 25, 309 S. Henry St., Milford, was arrested Tuesday, Jan. 22, after he was initially found unresponsive, became alert and ran in front of an oncoming train, south of Milford.

Belt has initially been charged with dealing methamphetamine and held on $5,250 surety and cash bond.

Kosciusko County Sheriff Kyle P. Dukes reported at 11:50 a.m. Tuesday the sheriff’s office and Lutheran EMS were called to Mock Road at Old SR 15, south of Milford for an unresponsive male inside a pickup truck. Witnesses at the scene called dispatch and reported they had broken a truck window in order to render aid to the unresponsive male, later identified as Belt. When the male woke up, he ran from the truck, crossing in front of an oncoming train.

Deputies from the Kosciusko County Sheriff’s Office and an officer from Syracuse Police Department converged on the area and began to search for the individual. Belt was located attempting to hide behind a neighboring house. He was taken into custody without incident.

Officials at the location of the initial call were notified of possible drug related materials inside the truck. Officers located more than 15 grams of methamphetamine and marijuana, cash, weight scales and individual plastic bags.