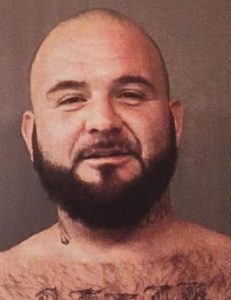 MILFORD — A Milford man was arrested after strangling a minor and threatening to kill the minor and a female subject.

Antonio Roberto Alvizo, 33, 206 N. James St., Milford, is being charged with domestic battery to a person less than 14 years of age by a person at least 18 years of age, strangulation, and two counts of intimidation, all level 6 felonies.

On Dec. 18, 2018, an officer with the Milford Police Department responded to a report of an intoxicated subject at a residence. The officer spoke with a female at the scene who advised that a male subject, identified as Alvizo, was in a verbal altercation with her when Alvizo started throwing items in the kitchen.

According to the affidavit of probable cause, Alvizo threatened to kill her and a male minor at the residence. Alvizo then picked up the minor by the neck and choked him. The female had to pry Alvizo’s hands off of the minor’s neck.

The minor told the officer that Alvizo choked him and threatened to kill him. Alvizo admitted that he had a verbal altercation with the female.

Alvizo has already been arrested and released on his own recognizance. He has an initial hearing set at 8:15 a.m. Thursday, Feb. 7.