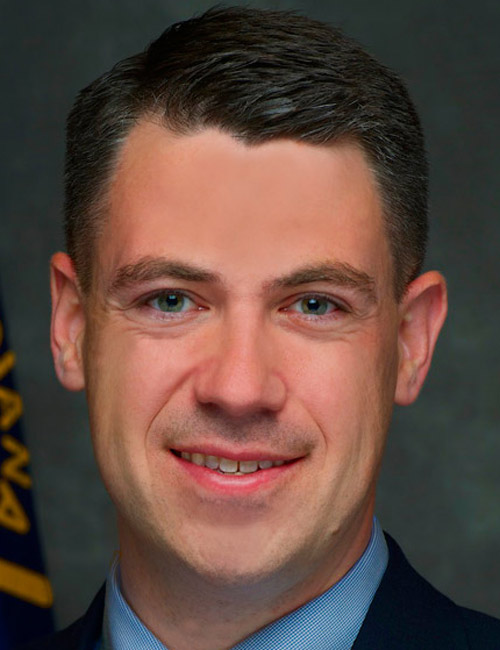 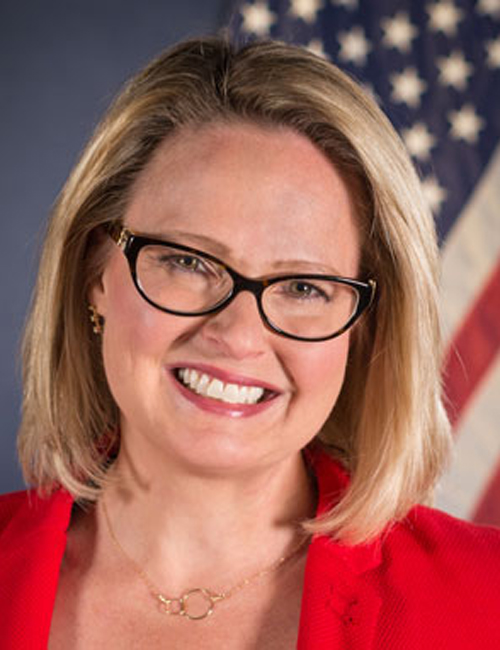 KOSCIUSKO COUNTY — Incumbent U.S. Rep. Jim Banks will square off with Democrat challenger Courtney Tritch in the November election for Indiana’s Third Congressional District. The district covers all of northeastern Indiana, but stretches into southern Kosciusko County including North Webster and much of Warsaw.

Banks, a Republican from Columbia City, currently is completing his first term in Congress. He was elected in 2016, defeating Democrat Tommy Schrader and Libertarian Pepper Snider. Prior to his election to Washington, Banks served in the Indiana Senate for six years, representing District 17. Banks presently serves as an officer in the U.S. Navy Reserves as a supply corps officer. In 2014-15, Banks took a leave of absence from the Indiana State Senate to serve in Afghanistan. During his leave, his wife, Amanda, was appointed to represent the Senate district in his absence. Banks holds a bachelor’s degree from Indiana University and a MBA from Grace College.

According to her campaign, Tritch has worked for more than a decade toward improving the economic growth of northeast Indiana, working alongside elected officials and business leaders from across the political spectrum. As vice president of marketing for the Northeast Indiana Regional Partnership, Tritch helped lead large-scale projects like the Regional Cities Initiative, which secured $42 million in state funding to invest in quality of life projects in communities across the region. In 2016 she started a nonpartisan group called Progressive Social Hour to push for progress in equality, equity, and inclusion in the Fort Wayne area, and in 2017, she started her own business, Courtney Tritch Consulting. She is a native of Fort Wayne and is a graduate of Indiana University. She also holds a marketing strategy certificate from Cornell University and graduated from the U.S. Chamber of Commerce’s Institute for Organization Management Program.

Both candidates were offered the opportunity to answer two question for this article. Their responses follow.

1. If you are elected, what is the most prominent issue you will take to Washington in terms of what is important to the Third Congressional District of Indiana.

Banks: “During my first term in Congress, I have focused on three main priorities – rebuilding our military, ensuring our veterans receive the care they deserve, and growing our economy. A strong national security is a long-term investment, and I am proud to have played a role in passing vital bipartisan legislation that helps addresses our readiness crisis by funding new ships and fighter jets. I also supported a bill that gave our service members their largest pay raise in eight years. I serve on the House Committee on Veterans’ Affairs and have worked with my colleagues on dozens of bipartisan bills to expand and extend the GI Bill, allow veterans to receive services outside the VA medical system in their home communities, and improve the services at VA facilities. I have supported numerous pro-growth policies, including the Tax Cuts and Jobs Act and bills to roll back harmful regulations. These pro-growth policies have resulted in economic growth above 4 percent and unemployment at historic lows, which is why our economy is booming today. If re-elected, I will continue to focus on these three key priorities and build on the progress already achieved.”

Tritch: “The biggest issue facing all Hoosiers is health care. No one deserves to go bankrupt due to an illness or be denied health coverage because of a pre-existing condition. We must lower the costs of prescription drugs and increase services to combat the opioid epidemic that is ravaging our communities. Also, cutting Medicare and Medicaid to pay for the recent tax bill, as my opponent wants to do, is not only fiscally inefficient, it’s morally corrupt. Every Hoosier deserves the opportunity to live a healthy and fulfilling life, regardless of their age or economic status.”

2. Why do you believe you are the best suited candidate to represent the Third District?

Banks: “I make it a priority to travel across the district frequently and meet with as many northeast Indiana residents as possible to hear directly from them. I meet with Hoosiers in a wide variety of settings, in small communities, on farms, on factory floors, and in the downtowns of our larger cities. I do this so I can be your voice in Washington and best represent our region in Congress. Some of the best legislative ideas I have pursued have been the direct result of ideas I received from constituents. To the extent the needs of our district and the country might conflict, I always fall back on the Constitution and conservative principles I pledged to uphold when I first ran for office. I will always follow those principles and be a consistent voice for limited government, free enterprise, and a strong national defense.”

Tritch: “For over a decade, I’ve worked in economic development in northeast Indiana, bringing together business and community leaders from across the political spectrum to create jobs, grow industries and attract talent. I have a clear understanding of the issues affecting Third District residents, and I will champion affordable and accessible health care, strong public schools, and the creation of high-wage jobs in emerging industries, such as clean energy technology. It’s time we have a representative who will fight for all residents, not just a select few. It’s time we have a representative who will always put people before politics, and that’s exactly what I’ll do for Hoosiers in Congress.”