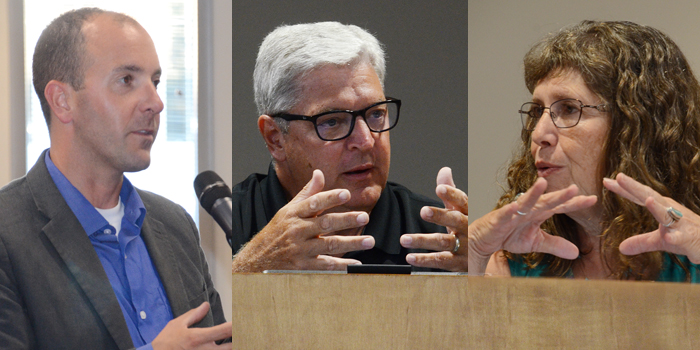 WARSAW — The city of Warsaw approved a fiscal plan at its regular meeting of the Common Council on Tuesday, Sept. 4, for the annexation of a parcel of farm ground that city leaders hope will eventually help to bolster the town’s need for more housing.

The city was petitioned by landowners Chandler and Erin Williams for the annexation of approximately 40 acres along CR 350N. According to City Planner Jeremy Skinner and Mayor Joe Thallemer, the land would come in handy to provide housing for an ever-growing workforce.

“Currently, it’s zoned agricultural and if it was brought into the city, it’d be zoned residential,” said Skinner. “Obviously, this is undeveloped land, so the cost out of the gate is going to be more cost on the city to take in the annexation than it’s going to generate because right now it’s generating tax dollars based on its current use. But, obviously, 40 acres of developable land can certainly amount to 100 homes that would take in substantially more than what it’s going to cost for the annexation.”

Thallemer said that with the growing economy, which has fostered increased job opportunities, the housing market needs to keep pace. Thallemer said the annexation is important because it will “provide property with infrastructure so that developers can come in and create opportunities with entry-level workforce housing that is so desperately needed in the community.”

The land currently doesn’t have infrastructure such as water or sewer, but Thallemer said that city planners would be looking at ways to provide such service with the goal of creating more homes for an expanding workforce. “That’s really the purpose here,” he said. “Workforce housing has become a big issue and this is our response.”

Thallemer said there is a sense of urgency for this acquisition given the city’s two-year moratorium on annexations beginning at the end of 2018.

The board approved the fiscal plan for the annexation but will vote on the actual annexation ordinance at a future meeting.

Tio, representing Michael Kinder & Sons, Inc. of Fort Wayne, possibly for the last time, gave the council an update on the Buffalo Street Corridor project, as well as the status of trying to re-develop the former Gatke property.

“With these two projects, the Gatke warehouse and the Buffalo Street project, we’re talking about not just helping companies grow, but also really helping build the amenities, the product we have to market, that really puts us on the map,” said Tio. Tio told the council that the culmination of both endeavors could provide “a spark, a catalyst for other developments to happen…creating jobs, creating a tax base, really create vitality in the community.”

The approximate $20 million revitalization effort, according to Tio, “is something again that will be new, and something that adds to the vitality of the community. If I had a crystal ball, I’d say we’re moving forward this fall for construction to begin in the spring. I’m really pleased with the momentum we have so far.”

The majestic, yet dilapidated former factory known as the Gatke property, according to Tio, will likely be his most challenging venture as the future head of Kosciusko County’s economic development organization. “The Gatke site, I see that and I say ‘hey, that’s a great canvas to paint on,’” he said. “We’ve got a great location, well located at the gateway between Warsaw and Winona Lake and [revitalizing that area] will help to really activate and be the foundation for other investments in that corridor.”

In other business, Thallemer told the council that necessity created a shift in priorities for road paving, which include North Bay Drive in Warsaw, the street on which he lives.

“Unfortunately, there was a couple hundred foot section of road that didn’t have any type of crown and water sat in it and it deteriorated to the point of failure,” Thallemer said. The mayor added that the road became rated much lower than expected, causing the need for action.

“The roads that were graded in 2016 as three and four have deteriorated to essentially two and threes,” he said. “Two-level roads are considered failed roads.”

The council also heard an update from Council Member Diane Quance, who reported that a committee recommended that increases in budgets for non-profits supported by the city be held to a maximum of 15 percent, rather than a 22 percent increase originally requested. The board approved the recommendation 6-0, with Michael Klondaris absent from the meeting.