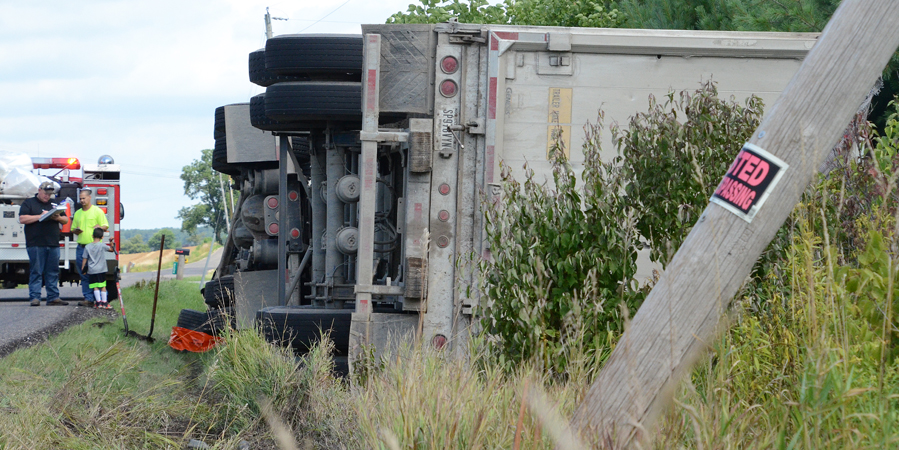 According to the driver, a deer entered the roadway and the low shoulder of the road caused the accident.

“A deer came out and I hit my brakes and I just caught that edge right there,” said John Perkins. “I tried to recover and I couldn’t and the steering wheel yanked out of my hand and it was just kind of a slow ride from there and all I could do was hang on.”

Perkins’ 7-year-old son was in the passenger’s seat of the semi tractor-trailer but was strapped into a car seat. Both Perkins and his son were unhurt. Some of the contents of the trailer spilled into a wooded area where the truck overturned and the smell of garbage was heavy at the scene. A utility pole was also displaced during the accident.