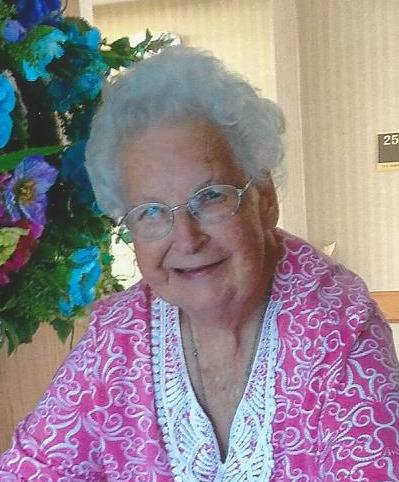 She was born on Oct. 15, 1926, in Medaryville to Ida and Philemon Getz.  She married Eldon G. Beer on March 9, 1947, in Remington. He passed away on June 9, 2003. She worked for Avon and was known as “Milford’s Avon Evangelist” and was big in Child Evangelism.  She drove to South Bend once a week to work on the prayer line for Lesea Ministries, and was a prayer warrior for World Missionary Press. She was a member of Living Gospel Church of Nappanee.

Visitation will be held on Tuesday from 4-7 p.m. at Mishler Funeral Home and Cremation Center.  The service will be on Wednesday at 10 a.m. at the funeral home with one hour of visitation prior to the service.  Pastors Mike Raasch and Dave Soliday of Living Gospel Church of Nappanee will officiate.  Burial will take place at Milford Cemetery.

Memorial contributions may be made to Gideons International orWorld Missionary Press.

Mishler Funeral Home and Cremation Center is assisting with arrangements.