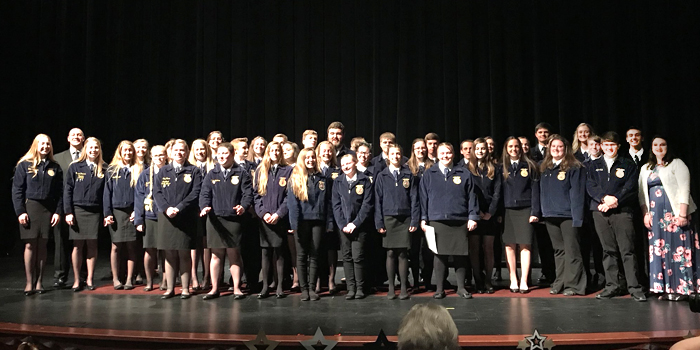 WARSAW — The Warsaw FFA Chapter recently held its annual spring banquet and awards dinner in the Warsaw Performing Arts Center with the theme of “A Night at the Oscars.”

The chapter celebrated the many successes of the year by handing out numerous degrees and awards, along with recognizing the year’s career development event and proficiency winners.

Star Greenhand was awarded to freshman Jacob Baker. The Anglin-Bishop Scholarship was awarded to senior Morgan Smith. Each year the chapter awards one or two honorary degrees to adults who have went above and beyond to assist the chapter in numerous ways. The two 2018 Honorary Degree recipients were Gabi Wall and Ot Schroeder.