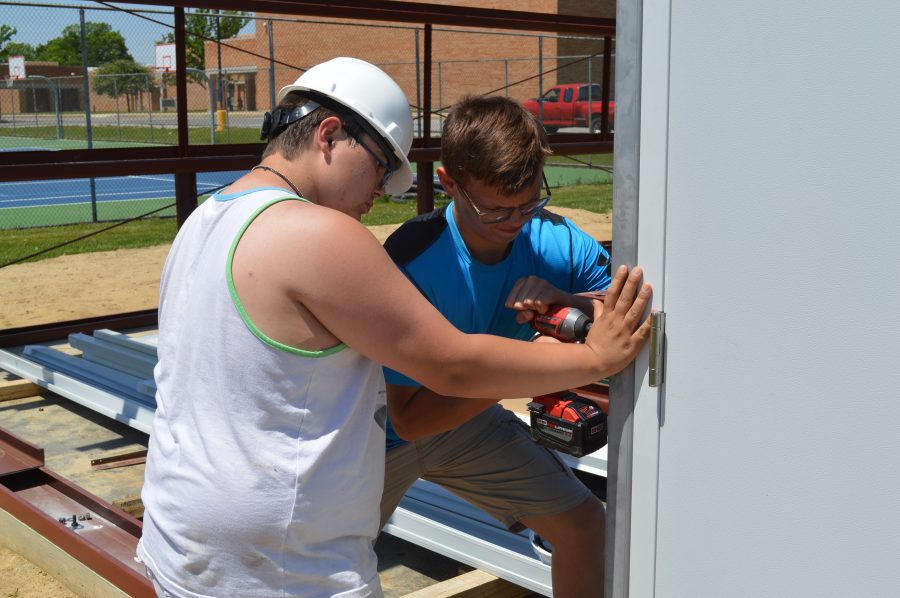 Chad Robison uses a drill to install a bracket on a girder at the site for the building being constructed at Wawasee Middle School. Helping him is Joseph Garza.

SYRACUSE — Welding students are leaving the shop to get hands-on learning a few miles away.

Hands-on learning is quite common in public schools and the welding students based in the Pathways shop in the old VFW building in Syracuse have teamed up with Wawasee Building Trades students to erect a building at Wawasee Middle School by the tennis courts. The metal building, noted James Flecker, director of personnel and legal services for the Wawasee Community School Corporation, will be a concessions stand and restroom facility for WMS students and will be available for community organizations to use too. There will also be a ticket booth and storage area in the building.

Materials for the project were received April 25 and after preliminary site work was completed the students began working shortly thereafter.

Welding students designed the entrance and “are just supporting the building trades as needed,” said Jeremiah Paseka, welding instructor. He added, “There will be times when both classes are on site.”

In addition, welding students have helped with some of the bracket modifications, have made some parts and will be working on signs for next year.

Building trades students have been doing the frame and main structure work. Ed Waltz, building trades instructor, said working on a metal building is “a big learning curve” and is a lot different to work with than wood. But because the welding students have been able to make parts it has saved time because those parts don’t have to be waited upon to be sent by a company.

Both groups have benefitted from the project. “The classes work well as they both are hands-on style classes,” Paseka commented. “We both know each other’s trade is important and the success of the building hinges on teamwork. This is the first metal building and the students are learning the challenges of working with it compared to a traditional stick built building.”

This building will be 25 by 53 feet in size. Milestone Construction will complete the project after the last day of school, which is Thursday, May 31. 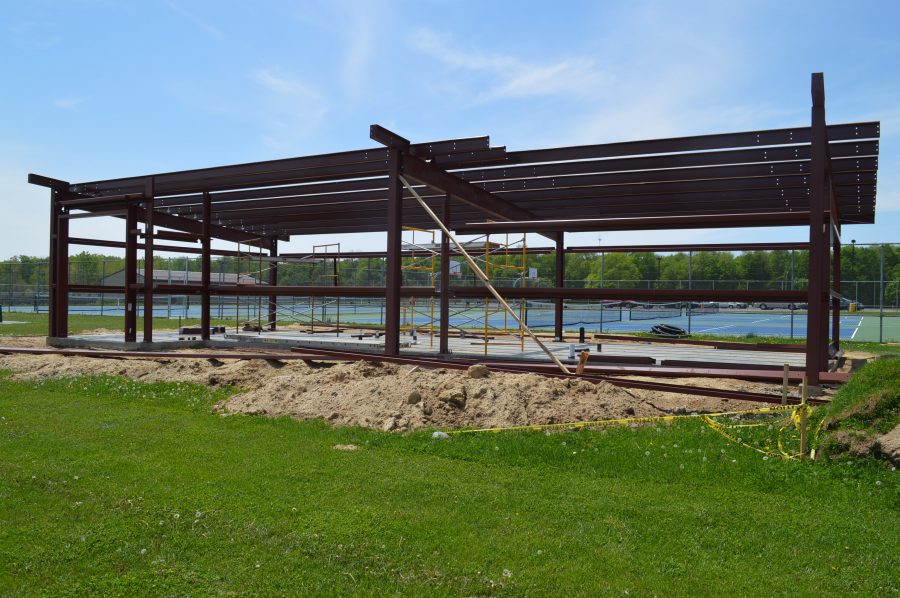 A photo taken in mid-May of the building being constructed at Wawasee Middle School.