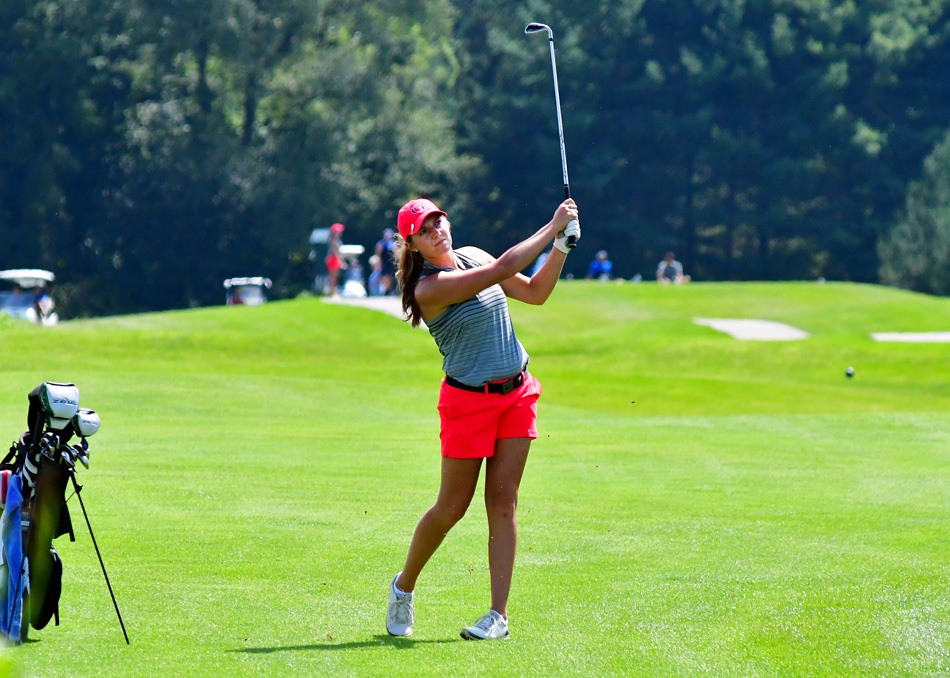 Grace’s Anna Marshall was named All-League, the first Lady Lancer golfer in history to be given such honor. (File photo by Mike Deak)

Marshall was voted All-League by the league’s coaches and is the first Grace women’s golf player to earn the distinction in the three-year history of the program.

Marshall enjoyed a strong season for Grace, helping the team win four events during the 2017-18 season.

In an October tournament at Mt. Vernon, she fired a 73 for the lowest round in school history. Additionally she was the medalist at the IU Kokomo Invitational in August.

Grace enjoyed its best league championship ever this week under head coach Denny Duncan. The Lady Lancers placed fourth with a combined score of 982, which was 82 strokes better than last year.