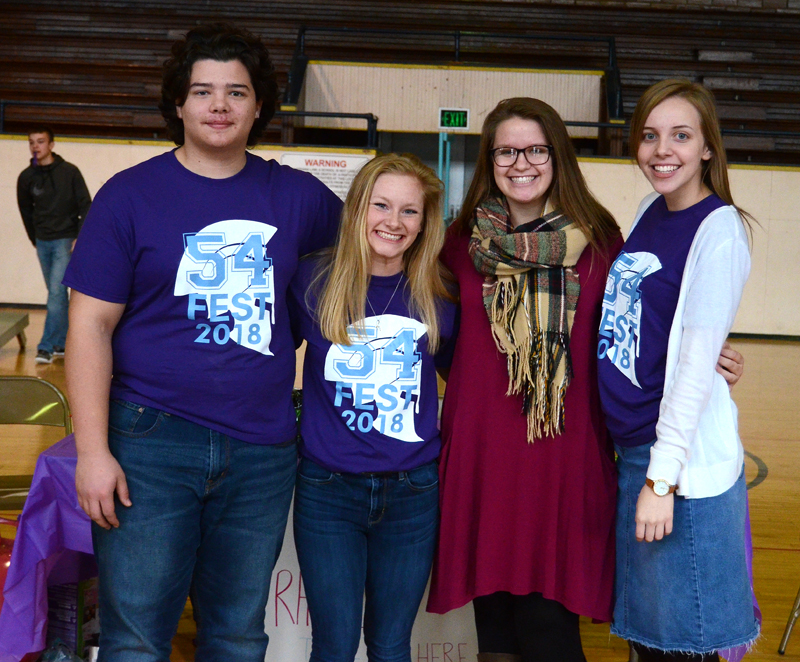 BOURBON — When Triton juniors Karianne Dunifin, Mary Yeo, Aaron Stichter and Tyleana Hoffer first learned of classmate and friend Cameron Scarberry’s passing last September, they knew almost immediately they wanted to do something in his honor. But it wasn’t until after a talk with Triton High School head football and wrestling coach Ron Brown that the quartet knew exactly which direction to take. 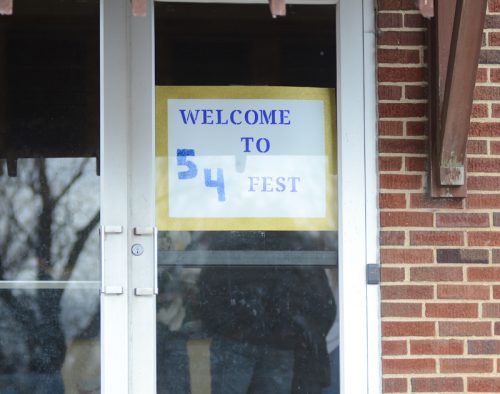 Saturday’s 54 Fest at the Bourbon Community Building-Gymnasium took place on the six-month anniversary of Scarberry’s tragic death in a car accident near Atwood. The event was not only an opportunity to gather in remembrance of Scarberry but also raised money to help cover equipment costs for Triton student-athletes who might face difficulties in meeting those costs.

“We wanted to raise money, but we didn’t necessarily know exactly what it was going to be for.”

“A lot of people do, like, rocks or benches, and we wanted to do something that actually would honor him and would be like Cameron,” explained Yeo. “We talked to (Ron Brown), and he said that Cameron had struggled financially to buy the things that he needed, so we knew right away after speaking with Ron that that was what we wanted to do with the money.”

The name of Saturday’s event was a reference to Scarberry’s jersey number on Triton’s football team, where he was a two-way starter. Also a three-year wrestler at Triton, athletics were an important part of his life and therefore a perfect fit for a fundraiser in his memory. 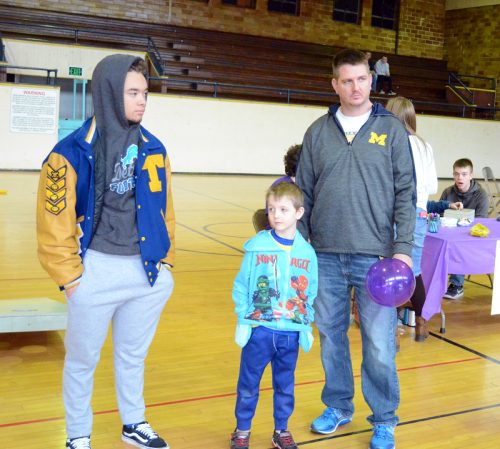 “Cameron really appreciated and enjoyed athletics here at Triton, and they wanted to make sure that if they could do anything in his name that they could alleviate any roadblocks or barriers that may be in place for some kids,” said Brown, who served as the school sponsor at 54 Fest. “Athletics is a great avenue for school and for encouraging academic excellence. If we can keep kids interested, it’s always a positive thing.”

It was a fitting cause to celebrate the life of Scarberry, who was known as a compassionate young man always concerned with the well-being of others. Rather than raising money for a memorial in his name, event organizers believe he would have approved of an occasion to help others.

“He was caring to everybody that he came across. He was very open-minded to everybody, and he was there for you whether he knew you or not,” said Dunifin. “He was just a caring heart and such a good person.” 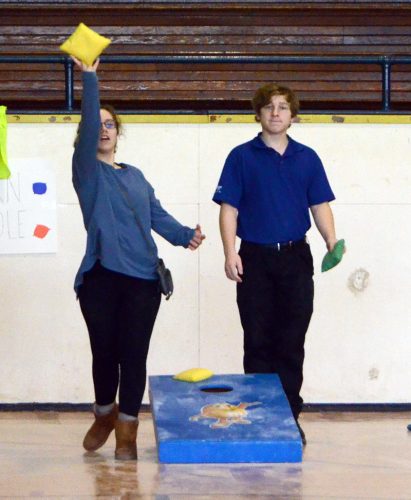 Samantha Edington throws her bean bag in the cornhole toss tournament at 54 Fest while Trevor Miller waits his turn.

The fundraiser featured a cornhole toss tournament, a raffle and a bake sale, and a donations bucket was also available for those who simply wanted to give. Members of the Bourbon Fire Department manned a grill outside the historic gym, and music played over speakers inside, as some attendees played cornhole and others milled around talking or eating.

“At first we were really worried that we wouldn’t have enough people or a big enough crowd, and it was kind of like that even up until last week. This morning, right at 11, people were here,” said Hoffer.