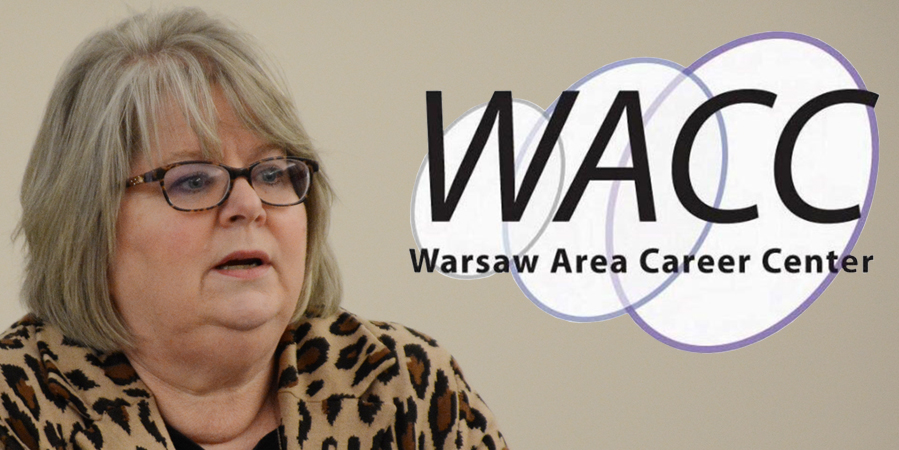 WARSAW — The board of trustees for Warsaw Community School Corporation heard a presentation regarding the Warsaw Area Career Center, which placed first out of 51 such facilities in the Indiana Career and Technical Education districts.

The WACC represented District 12 and earned the ranking for the 2015-16 school year. Warsaw Community School Corporation Superintendent Dr. David Hoffert told the board of trustees at its work session Tuesday, March 13, that this is not the first time WACC has placed at the top of the list. WACC has placed first four times in the past five years.

“We have a special certificate to take back and put up in the window of the career center,” said Hoffert, addressing the board and WACC Principal Ronna Kawsky. “Thank you very much for all your hard work.”

The Warsaw Area Career Center has a current enrollment of 3,784 students from not only Warsaw, but also Tippecanoe Valley and Whitko schools. Kawsky said the WACC is a collaboration or partnership between the three school systems.

Kawsky addressed the board and told the panel her facility has plenty of activities and plans to keep her and her staff busy. “We have some great initiatives going on and my staff is on a continuous learning curve,” she said.

The WACC earned the top spot as a result of scoring highest on eight core indicators of performance.

In other business, Steve Herr, an architect with Fanning Howey and Dave Jankowski of Weigand Construction presented to the board proposed renovations to the Warsaw Community High School. The project, scheduled to begin in May, will feature the construction of the Student Activity Center and could take up to 13 months to complete at an estimated cost of $10 million.

According to Herr, the project will add approximately 62,000 square feet of new construction. Bid opening is April 10.

Corporation Chief Financial Officer Brandon Penrod said the project is approved for the $10 million but that “we are still working through designs, which causes the estimated cost to change a lot still.” The Student Activity Center will be located near the WACC, Penrod said.