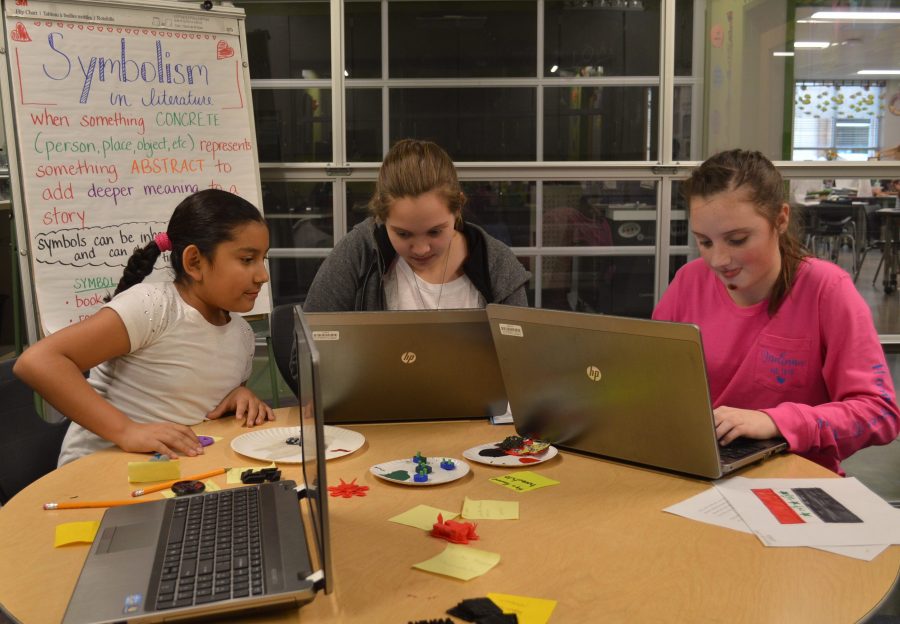 From left sixth-graders at Washington STEM Academy in Warsaw Angela Martinez, Alyssa Owens and Makaleigh Lane were practicing for their project based learning presentation in Nicole Ryman’s classroom.

WARSAW — It’s a phrase being used much more commonly in local schools and, likely, will continue to become even more common. Project based learning, or PBL, is taking root as learning is being geared toward developing employability skills in the 21st century.

PBL involves the elements of a driving question, in-depth inquiry, a public audience, a need to know, critique and revision and voice and choice. “With PBL, you have the end in mind and design backwards from that,” said Tom Ray, principal of Washington STEM Academy, one of the schools within Warsaw Community Schools.

This type of learning became more prominent in Warsaw schools about six years ago when discussions elevated to the serious stage. “We wanted to bring inquiry into classrooms and teach kids how to problem solve,” said Angela Luecke, math instructional coach.

A grant was obtained and a partnership entered into with Ball State University. And the services of California-based Buck Institute for Education were utilized with Buck Institute coming to Washington for three days to help implement PBL.

WCS developed its own PBL program and that development is ongoing. Despite its name, “it is not just doing projects,” Ray noted. A driving question is needed to establish a purpose “because you want the project to answer the driving question,” he said, and the project builds understanding, knowledge and skills of the students involved.

PBL is not necessarily age based and can be used in all grades, though for the time being it is primarily being used at Washington STEM Academy within WCS. “Pockets” of it are being used in other schools in the district, but in the coming years PBL will likely keep expanding.

It is blended into the curriculum standards, noted David Burden, STEM teacher at Washington. “It allows students to drive their own learning,” he said. “It is more intertwined with everything else.”

As an example, sixth-graders at Washington STEM recently completed a PBL assignment involving awareness of the Holocaust. It involved writing, doing an essay, posters, presentations and more. Students also coded robots and designed a parade float for those robots.

Another example is second-graders doing a weather project involving bringing in TV weather forecasters, science standards, reading and researching how weather specifically impacts the local area. They developed a robot to mimic natural disasters and created a brochure telling how to be prepared for the weather.

A PBL assignment often involves more than one teacher and even collaboration between different grades.

Learning has changed considerably in classrooms in recent years. “We don’t teach the way we were taught,” Ray said. Instead of having students sit in straight rows in the classroom, they are more often seated in groups or will even spend time on the floor working on projects or assignments.

Teaching PBL has been a “big shift,” Burden commented, and means teachers are now helping students navigate and are more facilitators in the classroom. “They are no longer the be all, know all,” he said, and that means giving up control.

Many are familiar with the phrase “thinking outside the box.” But that no longer applies because, as Ray noted, “they (students) don’t have a box, they don’t think that way.”

A key factor with PBL is 21st century employable skills, which PBL covers. Educators want to develop problem solvers who are fluent readers and writers and have the ability to give presentations. “We are providing pathways for them,” Ray said.

PBL is “very fluid,” he said, and will continue to move forward in Warsaw schools. 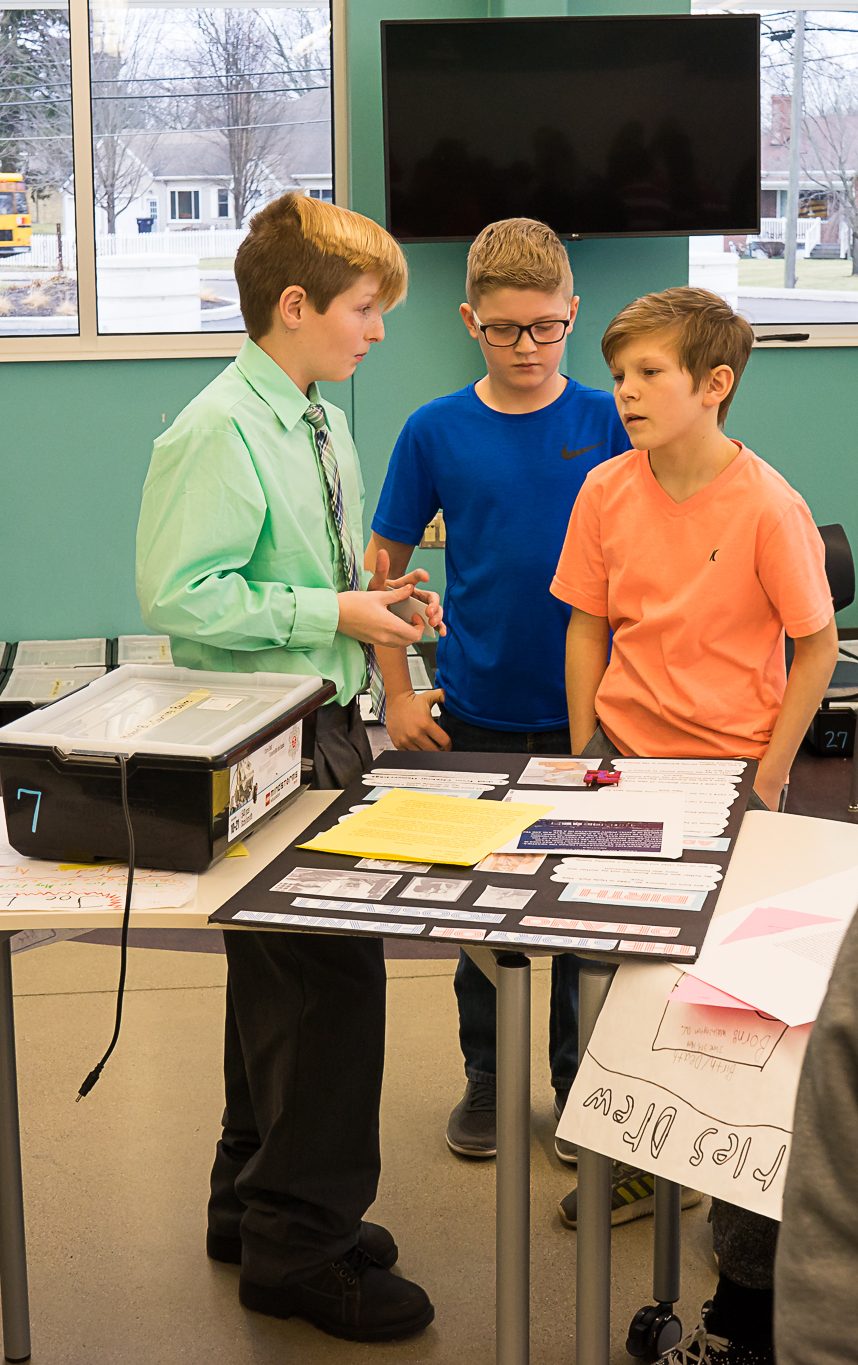 From left are sixth-graders Landon Young, Nolan Haussmann and Bryce McNees during their project based learning presentation at Washington STEM Academy in Warsaw.