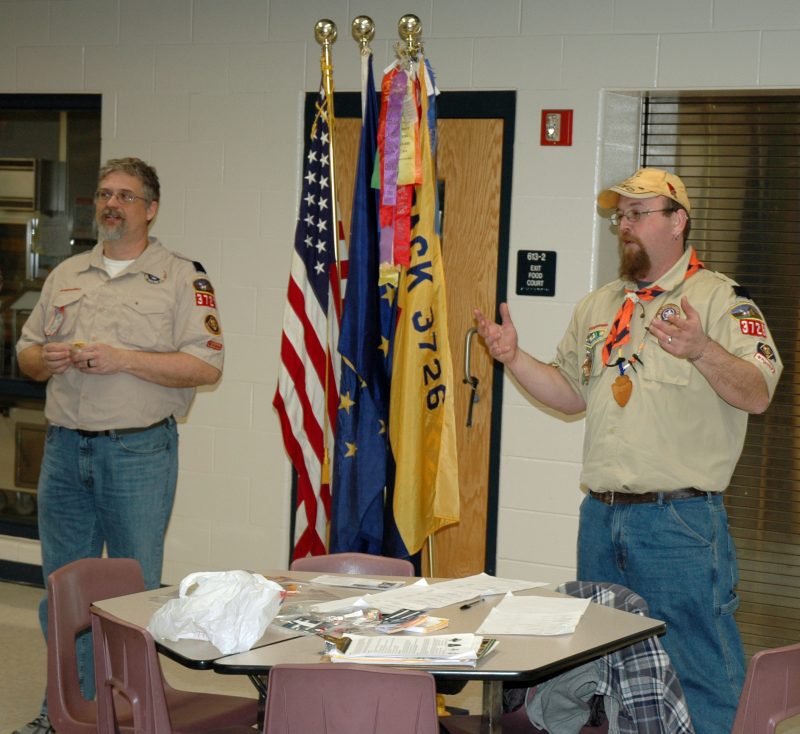 The organization was founded Feb. 8, 1910, and boasts a historical involvement of more than 110 million youngsters throughout the United States.

The 44 boys in the North Webster pack are distributed among six age-determined dens:

• Lions for boys in kindergarten

• Webelos, an acronym for “We’ll be loyal Scouts,” fourth-graders

All the dens wear the traditional blue scouting uniforms except members of the Arrow of Light, who are considered to be transitioning to Boy Scouts and wear the tan uniforms.

The purpose of the monthly meetings is “to honor scouting,” he said. Every monthly event involves presenting patches and other awards to individual scouts. Meetings in North Webster are held at the school, American Legion and community center. 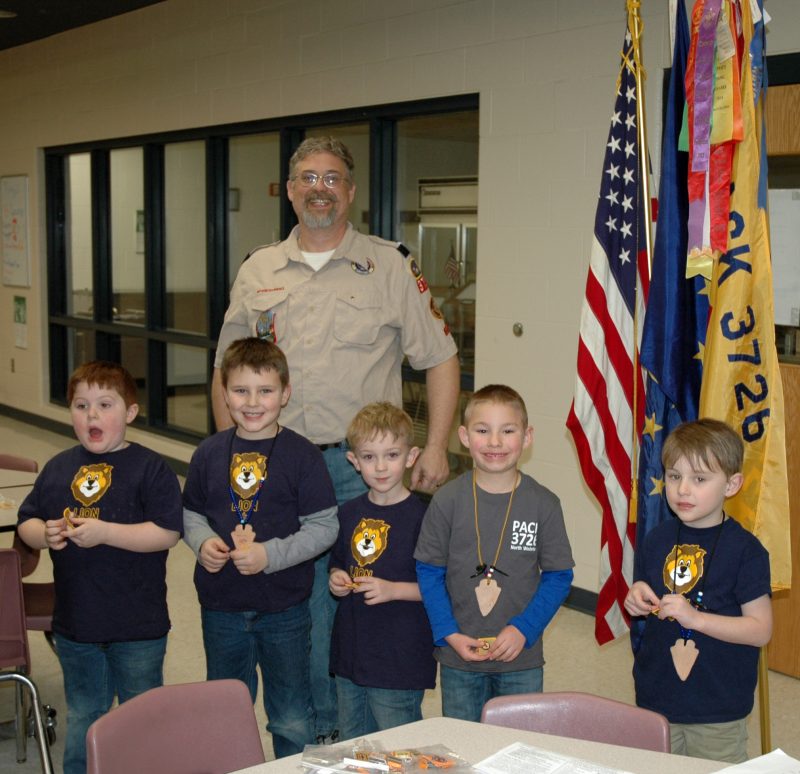 Cody Patterson has been an assistant den leader for the Arrow of Light for two years.

“It is a great program and a good honest environment,” he said. “It teaches boys life lessons, survival skills and how to be a man. It is a great place for any boy out there seeking male companionship and a male role model to come to just be a boy. We are one big family.” 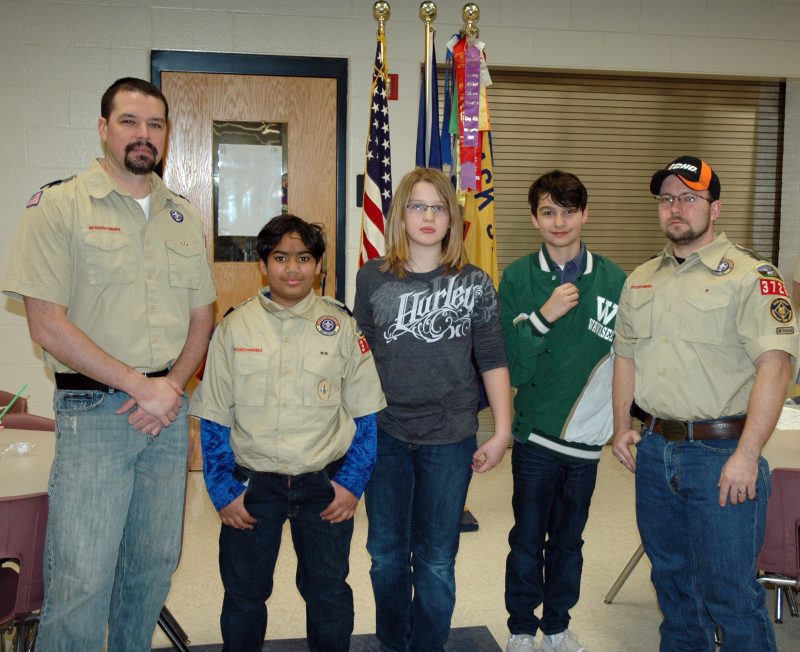 Patterson was enticed into leadership after attending meetings as a parent. He got involved as a parent when his son, Jay, joined the Cub Scouts in 2009. “I became a registered leader in 2011 and a cub master in 2013. Basically I stayed and helped where I could and then made it official.”

His involvement in scouting started when he was a kid. “I enjoyed the quality time spent with my father when he was a den leader. I always wanted to share that with my son and that opportunity came.”

Patterson also touts the encouraging atmosphere of the Boy Scouts. “Our motto is ‘Do your best.’ As long as a boy tries, he is praised for it,” he said. “There is just a whole lot of positivity and bonding” in the dens and throughout the pack.

The banquet was preceded by games in the school hallway, where the Scouts set up beanbag tosses, cornhole stations and other carnival diversions. 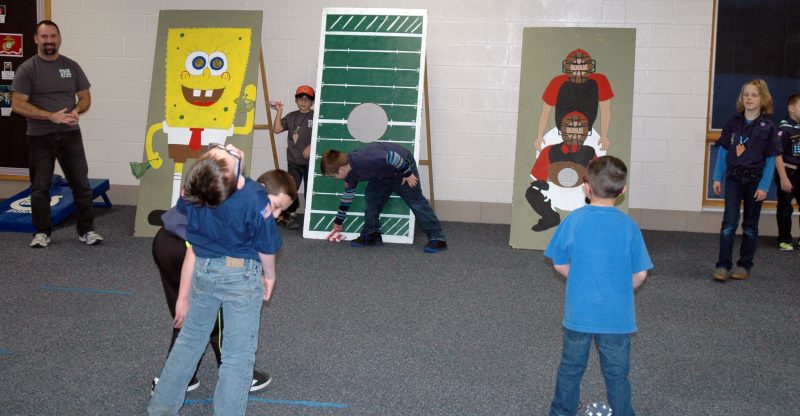 Pack 3726 will hold its annual cake auction beginning at 6:30 p.m. Thursday, March 8, in the North Webster Elementary School cafeteria. This year’s cake theme is “Bugs, Cubs and Nature.” The event is a fundraiser to purchase awards, books and swimming fees and “to send kids to camp for virtually nothing or as little as possible,” said Roberson.