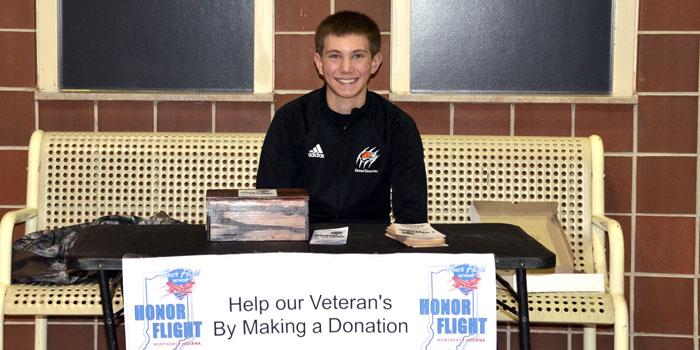 Their fundraiser is part of a project through the Kosciusko Youth Leadership Academy, where growth and education of future leaders is encouraged. KYLA provides a positive environment for high school students to learn the basics of leadership.

“Eli and I have been friends from youth group for a couple of years now,” said Bass. “When we saw that we were in KYLA together and we knew that we had to do a project, we decided to partner up.”

Honor Flight Network, a non-profit organization created to honor America’s veterans, transports veterans to Washington, D.C. in order to give them the opportunity to visit memorials dedicated in their honor and that of their comrades for their service and sacrifices. Top priority is given to senior veterans – World War II survivors, along with veterans who may be terminally ill.

Holder will also be giving presentations at two area schools regarding Mail Call.

“Mail Call is a part of Honor Flight, and it’s actually one of the favorite parts of the veterans,” said Holder. “The veterans get letters from children.”

Holder contacted Mentone and Akron elementary schools with information about Mail Call, with approximately seven teachers expressing interest in participating. Holder and Bass will mail the letters, along with a check for the money collected through their fundraising project, to the Honor Flight organization.

Holder said he and Bass came up with the idea to raise funds for the Honor Flight organization because they were both interested in doing a project that would benefit veterans.

“We chose Honor Flight because our veterans have done so much for us and this is just one way we can give back to them,” said Bass.

Holder and Bass both come from families with military backgrounds. Bass’ father served in the first Persian Gulf War as a naval officer, and two of Bass’ aunts and one uncle have served in the military. Both of Holder’s grandfathers were in the military – one in the Air Force and the other in the National Guard. Holder’s great-great uncle went on a flight through the program approximately seven months ago.

“We named our service project ‘Serving Those Who Served Us’ because that was really what we set out to do,” Holder stated.

As of Jan. 29, the two had raised over $800. Donation boxes have been set up at Edgewood Middle School, Warsaw, and the two will be collecting money there through Friday, Feb. 1. Anyone who would like to donate to the Honor Flight organization can do so here. 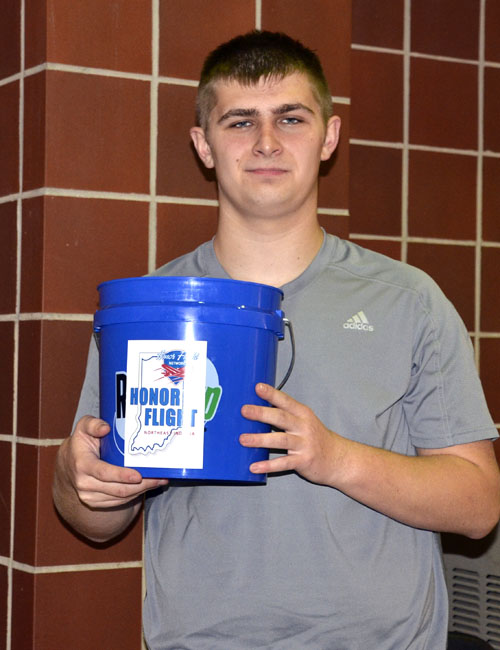