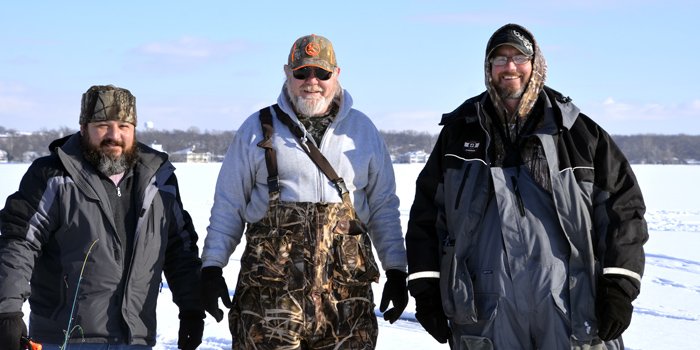 KOSCIUSKO — Sitting on a bucket in the middle of a frozen lake in frigid temperatures while looking down a hole in the ice isn’t for everyone. Keith Strauss, Syracuse, Israel Garza, Warsaw, and Jim McCaulley, Huntington, agree it can be hard to understand the appeal if you’ve never done it.

“It’s a mystery that baffles those who haven’t tried it, but anyone who has experienced it understands completely even if they can’t explain it,” said Strauss.

McCaulley and Strauss were introduced to ice fishing early in life. McCaulley grew up ice fishing with his father on Saginaw Bay.

“It was a way to go fishing in the winter months and spend time with my dad,” McCaulley said.

“My dad and grandfather both ice fished so it was almost inevitable that I ice fish,” said Strauss, who has been participating in the sport for 57 years.

Garza’s debut into ice fishing came later. “I worked with Keith in 2008. Keith and Jim did an ice fishing clinic for kids, and I took my nephew. That’s where I met Jim.” Garza tried ice fishing a few times after that, and in 2013 he began purchasing equipment to take it up seriously.

The three agree there is no sure way to know if a frozen lake is safe to walk on. A spud bar, a piece of steel about 4-5 feet in length with a tapered point, is an important piece of safety equipment for ice fishing. The bar can be used for added stability while walking across the ice as well as being used to strike the ice before walking on it to make sure the ice remains solid.

“There’s no way to know without testing the ice,” said McCaulley. “I use an ice spud first and then drill a hole to check the thickness. I like 4 inches of solid ice.”

“I wait until I see people bigger than me out on the ice,” Garza joked.

“There is no safe ice,” added Strauss.

Setting up involves cutting holes in the ice with a gas or hand auger. After scooping out excess ice, an electronic transducer used for locating fish can be put in the hole to assist in finding the best spot. Ice fishing rods are shorter than a standard fishing rod, enabling the fishermen to sit right at the hole.

“It’s amazing to me that you can fish an 8 inch vertical cone of water and catch as many or more than you can sitting in a boat in open water,” Strauss mused.

An ice shanty is a portable shelter often used in frigid temperatures during ice fishing. Strauss, who has been interviewed by ESPN and Fox Sports several times after placement in Fishing League Worldwide walleye circuits, recounts a story.

“I was ice fishing with a buddy late one night in the shanty, and a muskrat popped up through the fishing hole,” said Strauss. “Both my buddy and I scrambled to get out, and the muskrat scrambled to get back in the hole – we were all happy when it worked out.”

Although McCaulley, Strauss and Garza fish together often during summer months, this month was the first time they have ice fished together.

“Some people who fish don’t want you to know where they’re catching them or what type of bait to use. Jim and Keith want everyone to catch fish and are eager to teach kids or adults,” said Garza. “These guys are really good about helping people out. I’m very proud to have them as friends.” 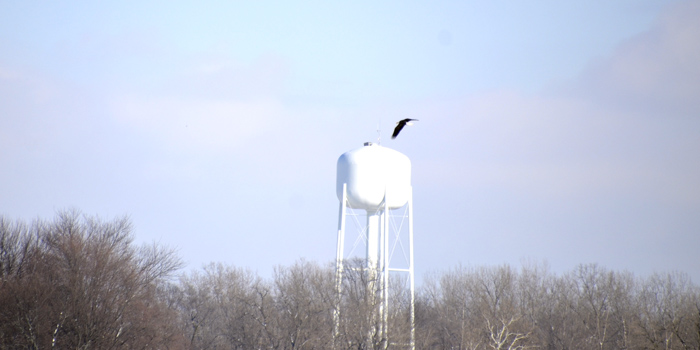 An eagle flying over Winona Lake 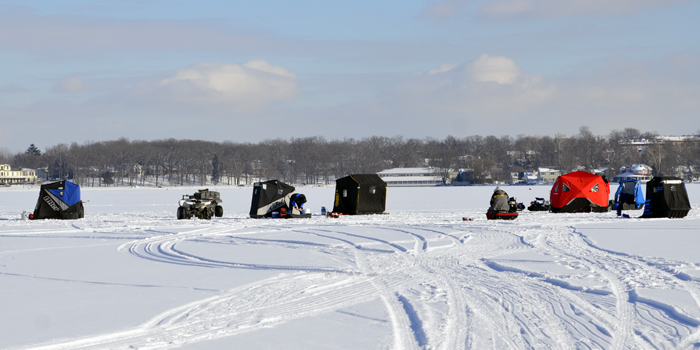 Because the fish seem to concentrate in certain locations, there are generally a number of anglers fishing the same area. 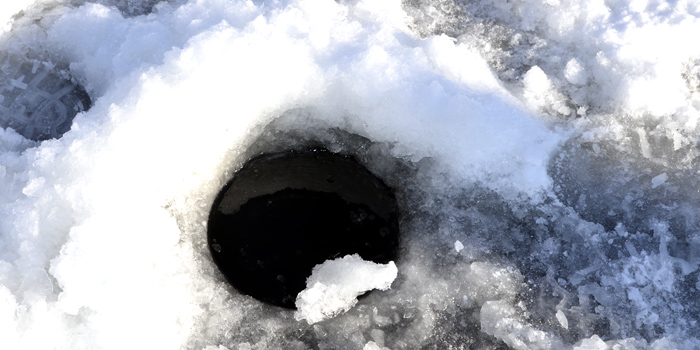 After scooping out the excess ice, an electronic transducer can be put in the hole to assist in finding fish. 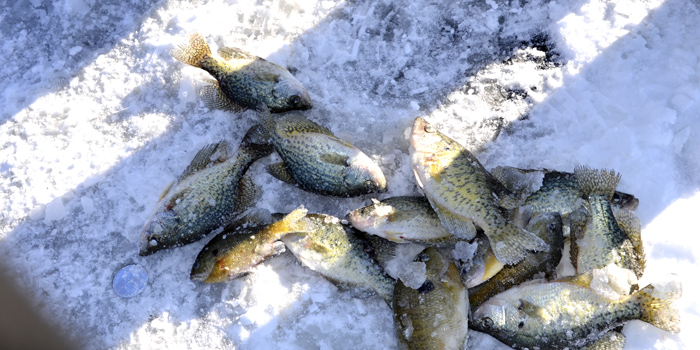 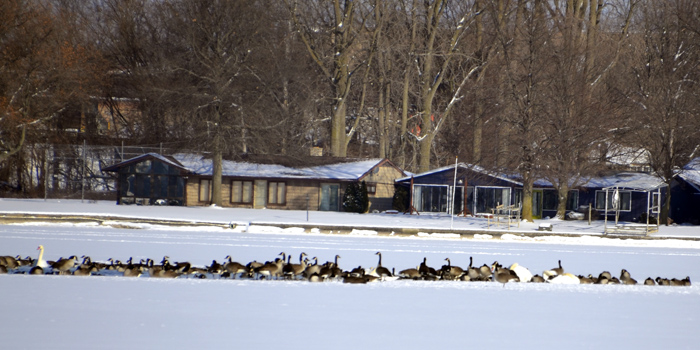 Water fowl gather around an area of open water on Winona Lake. 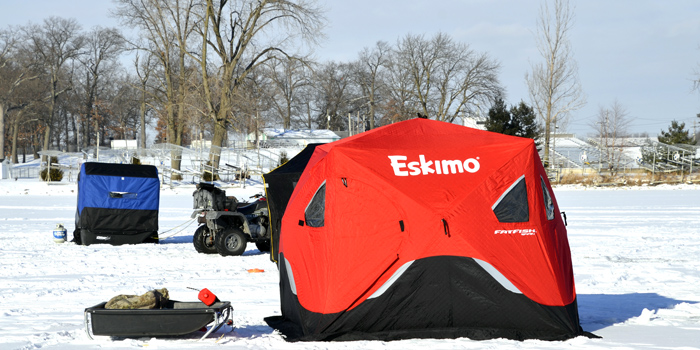 An ice shanty is often used in frigid temperatures to provide shelter during ice fishing. 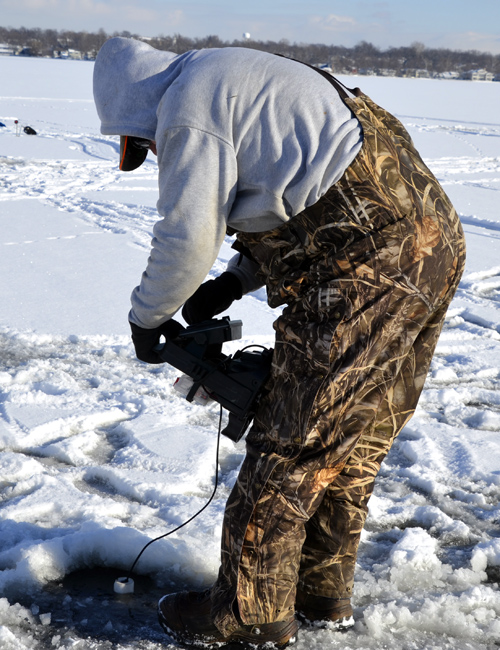